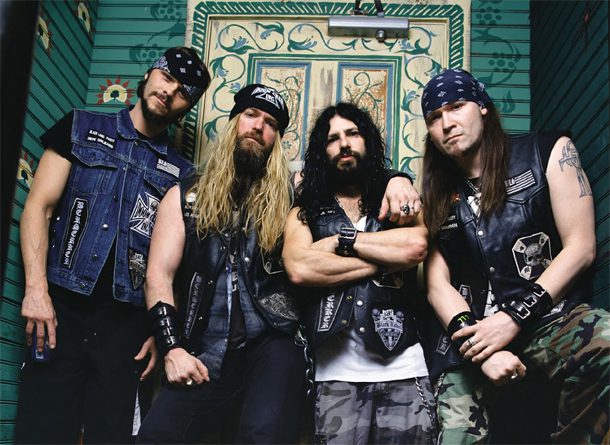 The first in a series of webisodes featuring behind-the-scenes footage from BLACK LABEL SOCIETY‘s participation in this year’s Gigantour can be seen below. Also appearing on the bill are headliners MEGADETH, along with HELLYEAH, DEVICE, NEWSTED and DEATH DIVISION.

BLACK LABEL SOCIETY‘s “Unblackened” DVD was shot on March 6 at Club Nokia in Los Angeles. The set is expected to contain intimate versions of some of BLACK LABEL SOCIETY‘s most popular songs, as well as songs from mainman Zakk Wylde‘s solo album “Book Of Shadows” and his Southern rock band PRIDE & GLORY.

BLACK LABEL SOCIETY‘s “The Song Remains Not The Same” sold around 12,000 copies in the United States in its first week of release to land at position No. 41 on The Billboard 200 chart. Released on May 10, 2011 via Entertainment One Music, the offering featured unplugged versions of material from BLACK LABEL SOCIETY‘s latest album, “Order Of The Black”, as well as additional material recorded during the “Order Of The Black” sessions. “The Song Remains Not The Same” was conceived, created and compiled by Wylde himself and the title is, of course, a nod to one of Wylde‘s favorite bands, LED ZEPPELIN.

“Order Of The Black” was released in North America in August 2010 viaE1 Music. The CD featured four unique covers designed by Zakk Wyldehimself — one for each territory: North America, Europe, Asia and Australia/New Zealand.