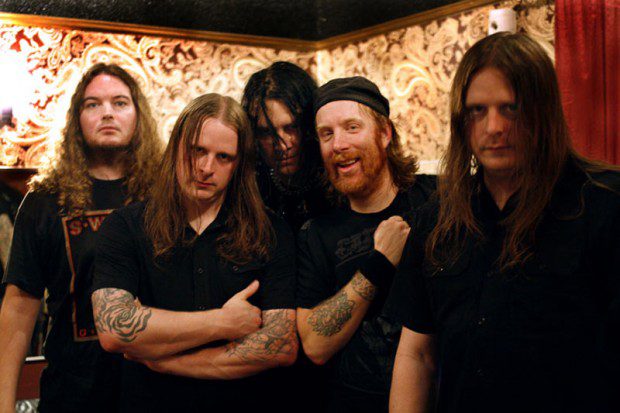 Fan-filmed video footage of Swedish melodic death metal pioneers AT THE GATES performing a cover version of the SLAYER classic “Captor Of Sin”on June 21 at this year’s Hellfest in Clisson, France can be seen below.

When introducing the track, AT THE GATES vocalist Tomas Lindbergsaid: “This next song is not an AT THE GATES song, it’s a cover. Without this band, the music that we love so much would not exist in this world as we know it. We wanna send this one out to one of the greatest songwriters of modern days. This one goes out to Mr. Jeff Hanneman. Ladies and gentlemen, we give you ‘Captor Of Sin’.”

A studio recording of AT THE GATES‘ version of “Captor Of Sin” was included on the reissue of the band’s classic 1995 album “Slaughter Of The Soul”.