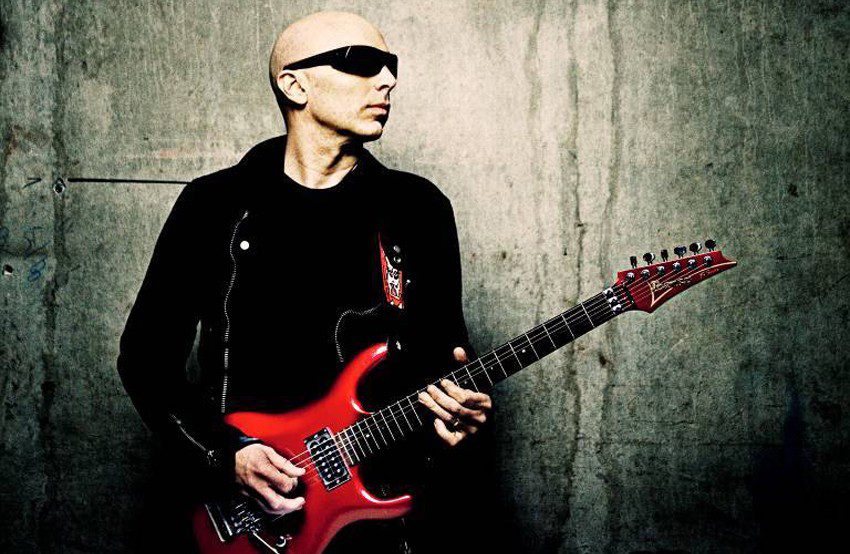 As Joe Satriani finishes up his hugely successful two-month European tour, the critical praise is overwhelming. Hitting seventeen countries in all, the tour has played to sold-out venues throughout the continent and the Euro press response has been spectacular.

Satriani has been an unstoppable force on the music scene for over 27 years. Now, the San Francisco guitarist sets his sights on North America for an extensive U.S. tour, and first-ever cross-Canada trek, supporting his latest album, “Unstoppable Momentum”. The tour is set to launch on August 29 in San Diego, California before crisscrossing its way across the U.S., in addition to a trans-Canadian tour where Satriani will be hitting many Canadian cities for the very first time. The North American tour will end with a show on October 26 in Oakland, California. JoiningSatriani on the road are veteran bandmate Mike Keneally (Frank Zappa,Steve Vai) on keyboards, along with an entirely new rhythm section, featuring bassist Bryan Beller (DETHKLOK, Dweezil Zappa) and drummer Marco Minnemann (Adrian Belew, Steve Wilson).

It was also recently announced that Satriani will be honored to perform the U.S. national anthem at this year’s Red Bull U.S. Grand Prix at Mazda Raceway Laguna Seca. The multi-platinum guitarist is set to serenade the grid this year as he performs “The Star-Spangled Banner” at the Red Bull U.S. Grand Prix on Sunday, July 21. Satriani will perform from the track just prior to the three-day event’s premier contest, the MotoGP World Championship race.

Satriani is celebrating “Unstoppable Momentum”, his 14th studio album, which was released on May 7. The CD debuted at No. 42 on The Billboard 200 chart, giving Satriani his highest chart position in over 20 years, and first single, “A Door Into Summer”, landed in the Top 10 on the Classic Rock radio chart. The world tour launched on May 18 in Istanbul, Turkey and continues on through July 13 in Krasnodar, Russia.