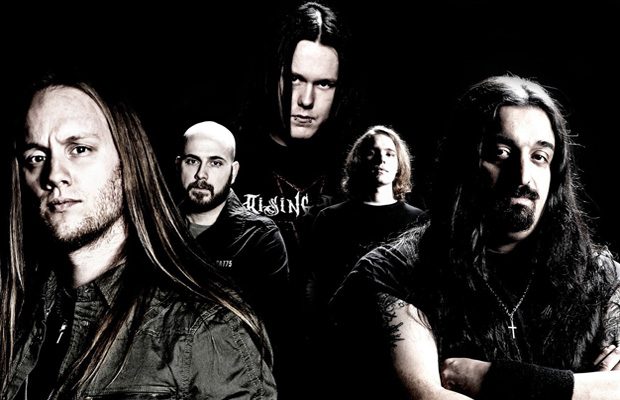 Mutinational melodic death metallers NIGHTRAGE have recruited their former singer, Jimmie Strimell (vocals, ENDS WITH A BULLET, ex-DEAD BY APRIL, DEATHDESTRUCTION), and Marcus Rosell (drums; ENDS WITH A BULLET, DORM PATROL) for their upcoming headlining tour of Japan and possible other shows.

Says NIGHTRAGE founder/guitarist Marios Iliopoulos: “We want to thank those fine musicians for their willing to help NIGHTRAGE for the time being, and we can´t wait to share the stage with them.”

Iliopoulos recently revealed that he was preparing to begin the songwriting process for the band’s new album, which is expected in 2014. The group is also seeking a suitable label home for the upcoming CD following NIGHTRAGE‘s split with Lifeforce Records.

Due to scheduling conflicts, Hämäläinen was unable to perform withNIGHTRAGE at the Gothenburg Sound Festival on January 5 at Trädgårn in Gothenburg, Sweden. His replacement for this show wasNIGHTRAGE‘s former frontman Tomas Lindberg from AT THE GATES.

Lindberg — who is also known for his work with THE CROWN and LOCK UP — appeared on NIGHTRAGE‘s first two albums (2003’s “Sweet Vengeance” and 2005’s “Descent Into Chaos”) before being replaced byJimmie Strimell, who sang on 2007’s “A New Disease Is Born”.