VARG VIKERNES Arrested In France For Allegedly Planning A ‘Massacre’ 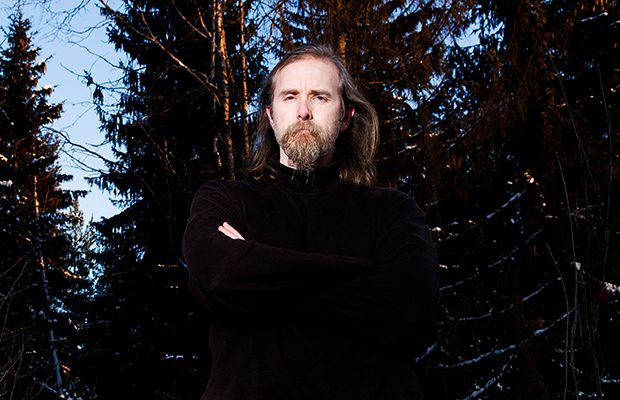 According to RTL, Varg Vikernes (a.k.a. Count Grishnackh) — theBURZUM mastermind who served a Norwegian prison term for the August 1993 murder of MAYHEM guitarist Oystein Aarseth (a.k.a.Euronymous) — was arrested this morning (Tuesday, July) 16 near the town of Salon-la-Tour, a commune in the Corrèze department in central France, on suspicion of planning a “massacre.”

Vikernes, 40, who has been living on a French farm with his wife and three children, was picked up by the Direction Centrale du Renseignement Intérieur (Central Directorate of Interior Intelligence,DCRI), a French intelligence agency which reports directly to the Ministry of the Interior.

A search of Vikernes‘ farm for weapons and explosives is currently underway. His wife, a French national and a member of a shooting club, recently legally purchased four rifles.

Openly racist, Varg on April 3, 2011 posted a statement in French on his web site calling for the French to vote for the National Front and describing Norway as “the last Soviet state in Europe.”

According to RTL, Vikernes was one 530 supporters to have received the manifesto of Anders Breivik, the man responsible for the July 2011 bomb attack in central Oslo, Norway and shooting rampage in Utøya island that resulted in the deaths of 77 people, many of them children. Breivik e-mailed the 1,518-page manifesto to his contacts hours before he set out on a murderous rampage.

In a December 2012 posting on the Burzum.org web site, Varg openly criticized the actions of Breivik, writing, “To Breivik, I can only say I hope you do kill yourself. You have killed more Norwegians than the entire Muslim population in Norway has done the last 40 years, and you claim to be a Norwegian nationalist and patriot fighting (alongside your Jewish masters) against Islam, to protect us against their crimes!? I am sorry to say so, but you have made a big mistake.”

Although his parole application was denied four times, Vikernes received word in February 2009 that he would be released after serving almost 16 years in prison. He was finally allowed to leave that spring.

Vikernes and his wife, whom he met while he was incarcerated, previously resided in Bø, a municipality in the county of Telemark, Norway.