OZZY OSBOURNE On BILL WARD: ‘It Would Be Great To Have Him Back’ 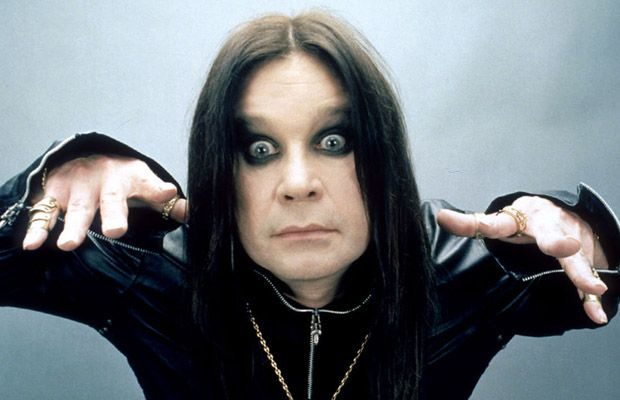 BLACK SABBATH singer Ozzy Osbourne held a press teleconference on July 10 with around two dozen writers to discuss the band’s recently released comeback album, “13”, and the upcoming North American tour. A few excerpts from the chat follow below.

On performing new songs alongside BLACK SABBATH classics on the current tour:

Ozzy: “We recently went to New Zealand, Australia, and Japan, and we did a couple of the new songs. We said they’re all new. God, you’d think it had been released as a single or a first track off album, and so that… I remember when we played two shows in Auckland, New Zealand. The first night they didn’t really respond much to it. The second night they’re all singing the lyrics with me. I’m going, I can’t even remember them that good. I mean, it’s good for us as well to do new stuff, because you know, we’re all tuned into ‘Iron Man’, ‘War Pigs’, ‘Paranoid’, and all of the old classics, but instead, it gives us as a band something refreshing to put into the show, and so I’m just glad that people have bought into the new songs.”

On whether BLACK SABBATH made a conscious effort during the writing process for “13” to come up with vocal lines that Ozzy could reproduce live:

Ozzy: “Well, after keeping the people waiting for as long as we did, I certainly — I can still get the range, but I can’t do it onstage. Maybe one gig I can do it onstage, but then it’d be every other night, I mean, my voice gets tired you know? And so I personally specifically went in the studio and kept it a little comfortable range that I could do onstage, you know.”

On record producer Rick Rubin pushing the band to return to the sound of its first album:

Ozzy: “He just said forget formula, just forget it. I couldn’t for the life of me understand what he was trying to say. I’d go to him, ‘Rick, I don’t really understand what you’re trying to do. We are heavy metal, we’re supposed to be the godfathers of heavy metal, so what are you saying?’ And he said, ‘Just go listen.'”

On being called the Prince Of Darkness:

Ozzy: “It’s a name. I didn’t wake up one morning and go, ‘You know what I’m going to call myself.’ It started as a joke name, really. I’m OK with it, you know? You know, it’s better than being called an (expletive).”

Ozzy: “I thought, ‘My God, man, he is Iron Man.’ You know, I mean, my hat goes off to him, because I mean, believe me, I don’t know if you’ve ever known anybody who had chemotherapy before, but that really knocks the life out of you, man I know from firsthand with my wife that treatment for cancer is not like doing a line of coke and going to a disco. It knocks the crap out of you, you know?”

On the possibility of this being the last chapter for BLACK SABBATH:

Ozzy: “Well, I wasn’t really happy with the way it ended before, but this album went to No. 1 and it’s been received really well all over the world. I know I can now rest my head and die a happy man.”

Ozzy: “We would love to have Bill back in the fold. Unfortunately, it didn’t work out [on ’13’]. I wish him no harm. I still love him a lot. We all do, you know. It would be great to have him back.”