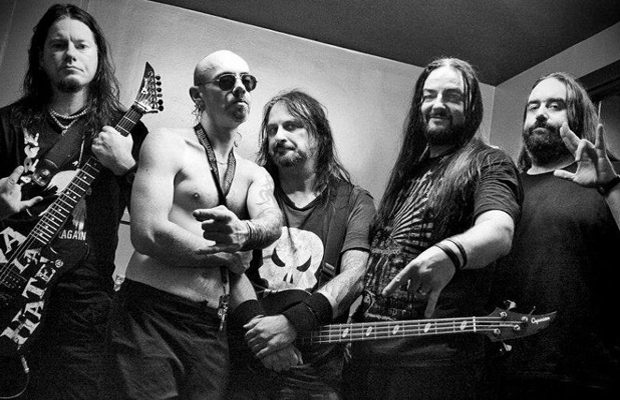 Aniruddh “Andrew” Bansal of Metal Assault recently conducted an interview with guitarist Nige Rockett of British thrashers ONSLAUGHT. A couple of excerpts from the chat follow below.

Metal Assault: Your new album, “VI”, is out now in America and to put it in simple words, it’s very aggressive thrash album, which is pretty much what the fans want from you. Would you put it up there with any other ONSLAUGHT album in terms of the aggressive quality of it?

Rockett: Personally, I think it’s the strongest album we’ve ever made. The reviews so far have been absolutely amazing. It has nicely backed up what we were thinking ourselves, you know. I guess every band is going to say that their new album is the best, but we genuinely feel this time around that we’ve actually achieved exactly that. It’s what we set out to do, to make a very aggressive technical thrash album, and we’re very happy with the results!

Metal Assault: This aggression in thrash music has always been associated with a youthful attitude. You guys are obviously not teenagers anymore, so where does that inspiration come from, that you’re still able to make this kind of an album?

Rockett: Well, just because you’re not youthful anymore doesn’t mean you can’t be angry, you know. [laughs] There is a lot of crap going on in this world, there is a lot to write about, a lot of wrong going on. So there’s always a lot of fuel for the fire so to speak, for the lyrics. There’s a lot of serious shit that we like to write about, and it helps the anger.

Metal Assault: So, as a band’s career moves on, the comparisons keep coming up with past albums. For a band like yours which has been around for a while, do you think that’s the biggest challenge when you write new music, to keep up with what you’ve done in the past, better it and live up to the expectations?

Rockett: Definitely for me. That’s how it works for me on a personal level. I would be very disappointed if we released anything that was sub-standard to the previous album. I think that’s the time when you’ve got to start looking at yourself and saying, “Can we continue this any longer?” I think you’ve got to stay one step ahead of the game with your own music. I don’t know how I would feel if we come to write the next album and it’s not as good as “VI”, whether I would want to put it out or not. I would kind of feel I’ve let myself and the fans down. So it’s tough. It obviously puts a lot of pressure on you when you’re writing the next record, and so far I think we’ve managed to step up each time. We shall see what happens next time around, I guess.

Metal Assault: So you’re able to be honest about your own assessment of an album after you put it out.

Rockett: Yeah, I think you’ve got to be, as a songwriter and musician. If you can’t be honest with yourself and realize that the album is not good enough and you look at everything with blind eyes and you think it’s the best thing you’ve ever done but it’s truly not, then you’ve obviously got a problem. When Andy [Rosser-Davies, guitar] and I write together, I think we’re both honest with each other to say it if something is not good enough. And we throw that part away. We never write any songs that don’t get used. You read about a lot of bands writing 15 songs for an album and using 12. What’s the point? If those three songs weren’t good enough, why did you write them? That’s the way we look at things. So, it may take a little more time when you’re carefully going through everything but at the end of the day everything comes out better, you know. 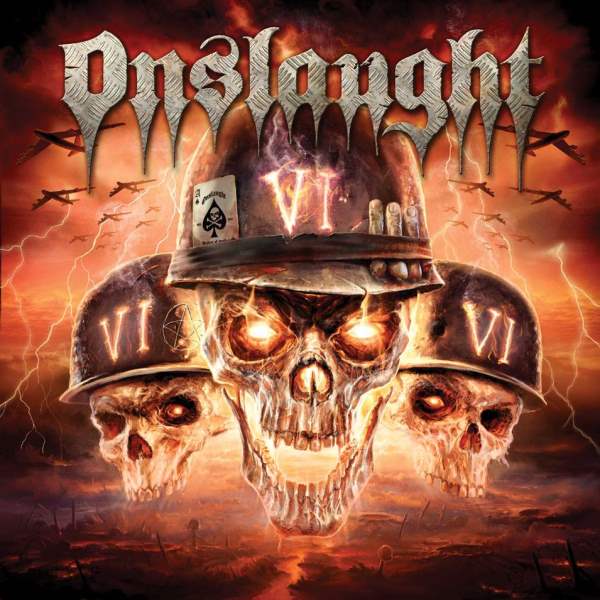