SLASH On Possibility Of GUNS N’ ROSES Reunion: ‘If It Happens One Day, It Happens’ 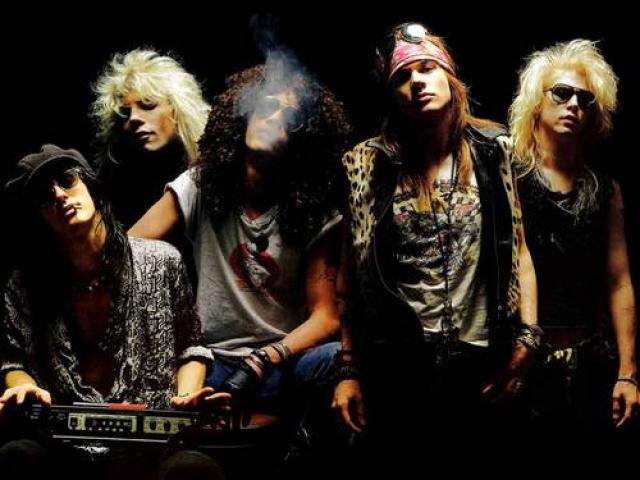 Legendary guitarist Slash stopped by the “Larry King Now” studio last week for a taping with Larry King. Several clips from the show can now be seen below.

Asked if there is any possibility of a reunion of the classic lineup of GUNS N’ ROSES, Slash replied: “That’s the $64,000 question. But it’s not something that any of us have reached out to each other and said that we wanted to do thus far. So, rather than be a pessimist and say, ‘No, it’ll never happen,’ it’s not like I’m harboring a lot of resentment. But it’s not something that we’re all thinking about doing. So if it happens one day, it happens. If it doesn’t, I don’t think anybody’s, you know, losing any sleep over it.”

Slash told Rolling Stone in April 2012 that GUNS N’ ROSES frontman Axl Rose “hates my guts.” The two have not performed together since 1993. Rose currently tours with a completely different version of GUNS N’ ROSES featuring no original members but him.