BLEEDING THROUGH Frontman: ‘Is It Ever Going To Be Enough?’ 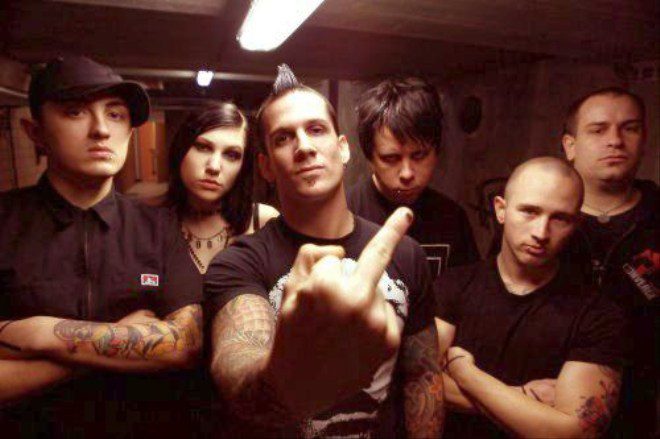 Brandan Schieppati, BLEEDING THROUGH frontman and owner of the training facility calledRise Above Fitness in Huntington Beach, California, has posted the following on his official blog:

“Is it ever going to be enough?

“Did I start touring to sleep in a Van without heat in the middle of the winter and sleep on bathroom floors and truck stops cause it was warm only to be called a ‘rock star’ the first timeBLEEDING THROUGH stepped off a tour bus?

“The answers are all FUCK NO!

“I’ll tell you why I started this band. I was a 19-year-old kid that hated his reflection in the mirror and hated himself. I had major emotional issues that I hide from everyone and music was my release and together with my friends we got to create music for each other and expel all of our emotional issues through that music. I was lost and depressed with no way out. It was either write my issues on paper and scream them into a mic or expel my life with a bullet through my head. That is why I started this band!

“Now, getting ready to embark on our first leg of the U.S. farewell tour, it seems what we are doing is still not good enough. Even though we are 100% doing this tour for the ones that have supported us throughout the years, we are still getting backlash.

“I understand that we may not be playing your city on this tour and we apologize. We are playing the places that we could find promoters to book us a show. Plain and simple.

“In response to not playing certain towns on this tour, we have gotten comments like ‘you were my favorite band but not I am going to burn your records,’ ‘thanks for letting your fans down,’ and ‘you guys are probably just going to the places that you make the most money.’

“Seeing comments like this really put things into perspective to me now.

“My response to those comments is FUCK YOU! If we aren’t worth it to drive a few miles away from your city to see BLEEDING THROUGH one more time, then so be it. We are going to play the cities we are booked in in front of people who give a shit about our music. We are going to play hard and fast like it’s our last time on that stage because guess what? It’s going to be our last time.

“Hope to see you at the shows. If not, I refuse to lose sleep over it.

“I’m going to end this with a quote from Paul Rudd‘s character in the movie ‘Forgetting Sara Marshall’: ‘When life hands you lemons, say fuck the lemons and bail.'”