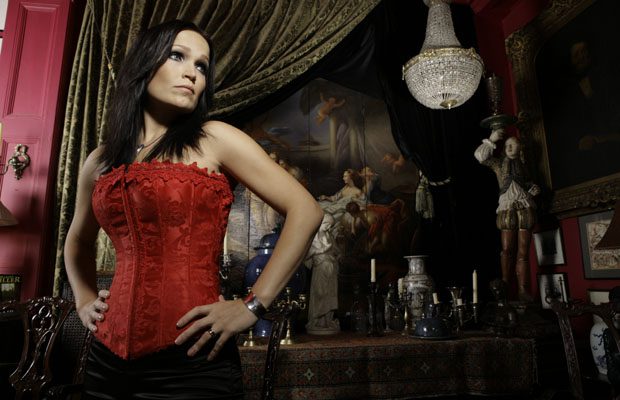 “500 Letters”, the new video from former NIGHTWISH singer Tarja Turunen, can be seen below. Shot in Tigre, near Buenos Aires, Argentina by Florian Kaltenbach who also directed the clip for “Victim Of Ritual”, the video is a new landmark in Tarja‘s video collection to date. For the first time in Tarja‘s history, the singer herself is the main character in the story line. No wonder, since “500 Letters” is, in many ways, Tarja‘s most private song ever. With its very personal songwriting and delicate topic, it offers a great emotional insight into the artist herself. Touching the sensitive topic of “stalkers,” Tarja allows her fans a closer look into her thoughts. “500 Letters” is open to interpretation — being a mix of reality and fiction. The heavy-yet-highly-melodic song gets stuck in your mind after the first listen with its haunting melody and touching, exceptional vocals. Despite its very catchy key note, the bombastic sound still is full of darkness and dramatic structure and takes Tarja‘s songwriting one step further.

“500 Letters” comes off Tarja‘s latest album, “Colours In The Dark”, which came out in Europe on August 23 via earMUSIC. The CD was made available in North America on August 27 through Eagle Rock imprint Armoury Records.

The cover artwork for “Colours In The Dark” was created by Dirk Rudolph and can be seen below.

Mixed and mastered by Tim Palmer (PEARL JAM, U2) in Austin, Texas, the songs on “Colours In The Dark” do not shy away from taking a risk and surprising musical turns, introducing new sounds and new musical atmospheres. Still, they maintain a heaviness that will surely bring a big smile to the hardest of rockers. With its grand orchestra and choir arrangements, Tarja‘s next milestone emphasizes once again the impressive vocal range of the Finnish artist and shows her artistic growth. With ten brand new songs and over one hour of music, “Colours In The Dark” is definitely one of the brightest moments for rock in 2013.

In a recent interview with the Music Legends web site, Turunen stated about her new CD: “I have just recently found my style and sound so I would like to establish it with the third studio album. The elements on the album will remain the same as in my previous albums, also the versatile style of songs. I like to keep the big dynamic changes between my songs, so that album songs feel radically different from each other.”