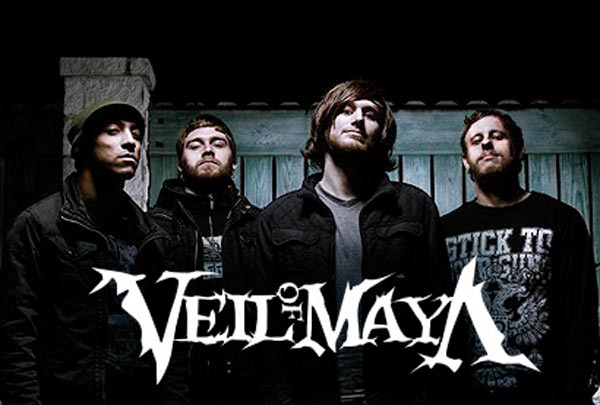 Chicago-based VEIL OF MAYA has re-signed with Sumerian Records, the label which the band has called its home since the group’s inception. This comes on the heels of the band releasing the brand new, blistering track, “Subject Zero”, which can be streamed in theYouTube clip below. The song will be available on iTunes, Google Play and Amazon MP3 on November 11.

VEIL OF MAYA states: “We are very happy to re-sign with Sumerian Records. We have built a long-lasting relationship with the people there, and believe that they are stronger than ever. We couldn’t see our band going anywhere else after our history, so therefore Sumerian has been and will continue to be the label the band calls home.

“As a band, we feel like we have grown tremendously. We are all ready, focused and want to put out the hardest material possible.

“The new stuff that has been written is some of the best Veil yet.

“We are really excited to see everyone out on our next headlining tour. We feel this tour is a great mix of bands, most of which haven’t been to America before, so let’s make sure they feel welcomed here.

“We are stoked for everyone to hear the new track we just released and see what we have been preparing.

“Expect a new VEIL OF MAYA full-length album in 2014 via Sumerian Records.”

Added Sumerian founder Ash Avildsen: “For years, VEIL OF MAYA has been a flagship heavy band for Sumerian and continues to play a crucial role in our progressive metal movement. I am very grateful and excited to have such a talented, hard-working and sagacious group of dudes in the family for many more years to come.”