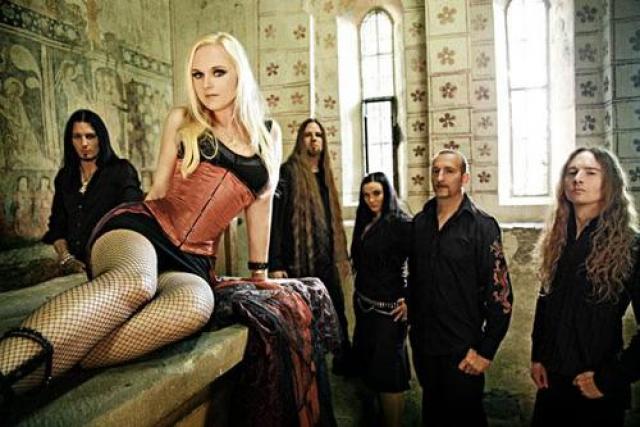 The official trailer for “Symphonies Of The Night”, the new album from LEAVES’ EYES — the German/Norwegian band formed by ex-THEATRE OF TRAGEDY singer Liv Kristine Espenaes Krull and members of ATROCITY — can be seen below. The will be released on November 13 in Spain, Sweden and Norway; November 15 in Germany, Austria, Switzerland, Finland and Benelux; November 18 in the rest of Europe; and on November 26 in North America via Napalm Records. The effort was produced by Liv‘s husband, ATROCITY singer and LEAVES’ EYES co-vocalist Alexander Krull, at his Mastersound Studio in Germany. The cover artwork was created by Heile (a.k.a. Stefan Heilemann).

“Symphonies Of The Night” track listing:

Audio samples of all the songs that will appear on “Symphonies Of The Night” can be streamed in the YouTube clip below.

Says LEAVES’ EYES: “We couldn’t be more proud of the final result.

“Expect this album to be the heaviest and most epic LEAVES’ EYES experience to date: it will haunt you, even in your dreams.”

Liv previously stated about the upcoming LEAVES’ EYES CD : “We have taken a great inspirational step since the production of ‘Meredead’, both sound-wise and vocal-wise.

“It has been such a pleasure evolving in my singing techniques and knowledge and I thank my band members for giving me an inspirational kick when I needed to gain momentum behind the microphone.

“‘Symphonies Of The Night’ is hauntingly dream-like and heavy to the core!”

LEAVES’ EYES released a digital-only EP, “Melusine”, on December 16, 2011 in Europe and December 20, 2011 in the U.S. via Napalm Records. The five-track EP effort included no less than four previously unreleased songs. 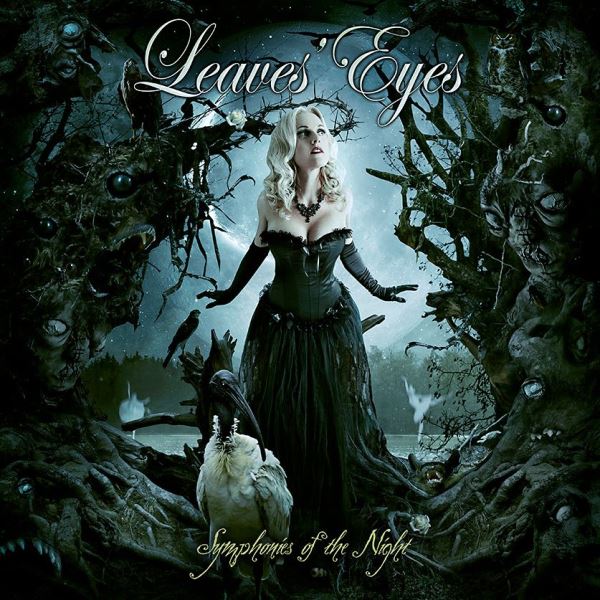