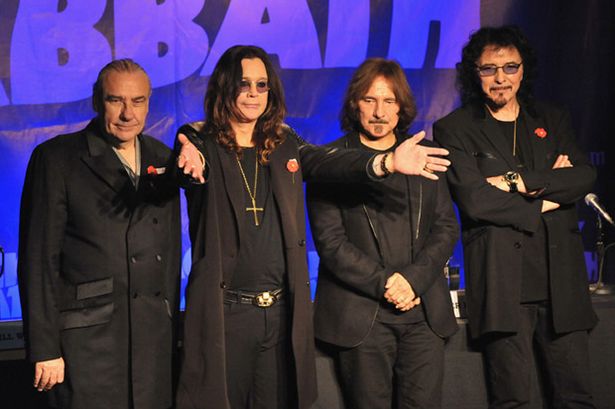 Estranged BLACK SABBATH drummer Bill Ward claims that he has not been able to listen to the band’s new album, “13”, because the experience would be “too painful.”

Ward was originally announced as part of BLACK SABBATH‘s reunion album and tour in late 2011, but bowed out in early 2012 over a contract dispute.

Although Ward never specified what his issues were, the other members of SABBATH — most notably singer Ozzy Osbourne — later hinted that Ward was not physically up to the task of performing live.

SABBATH has used Ozzy‘s regular touring drummer Tommy Clufetos since then for live work.RAGE AGAINST THE MACHINE‘s Brad Wilk laid down the drum tracks on “13”, which came out June 11.

Asked by Rock Cellar Magazine if he has listened to the new SABBATH CD, Ward said: “The only thing I’ve heard from ’13’ is… maybe 40 seconds of the first song, and then I turned it off. I haven’t heard anything off that album at all. And to be quite honest, I don’t care to either. It’s too painful. If I want to rip my guts out, I’ll put it on.”

Ward, however, acknowledged that the fans’ support has made it easier for him to get through the entire ordeal.

“The fans have been brilliant,” he said. “I feel like I’ve got a real close contact with them.

“I’ve never reached such a point of really having such closeness with everybody.

“I’m trying to grasp this moment now. Their reactions and their words. Even up until last night when I went shopping, I bumped into a guy who was absolutely wonderful and he had wonderful things to say to me.

“It’s happening all the time. I’m getting letters from all over the world, musicians, all kinds of things and they completely support me. And I’m forever grateful that they’ve reacted in a really positive way. It’s just been this huge endearing experience. I can’t say enough about it, really.

“I had to follow my heart under the most difficult circumstances.”

It was rumored that SABBATH wanted to bring a second drummer on the road to share duties with Ward, which he allegedly balked at. Ward said in one interview that he “would never, ever show up for a commitment that I could not do physically.”

Ward said he would return on one condition, that he “play all or nothing.” It’s been speculated that SABBATH wanted Ward to play only part of its live shows because he wasn’t in shape to perform an entire concert.

Ozzy told the New York Daily News, “I don’t think [Ward] could have done the gig, to be honest. He’s incredibly overweight. A drummer has to be in shape. He’s already had two heart attacks. I don’t want to be responsible for his life.”

In a recent interview with the Phoenix New Times, guitarist Tony Iommi stated about Bill‘s absence from the SABBATH reunion: “We were hoping Bill was going to do it.

“It was Bill who pulled the plug, it wasn’t us. Bill decided on his own he didn’t want to do this, because he didn’t like things the way it was. But we still don’t know exactly what that was, because Bill won’t exactly talk to us about it. He got his lawyers to talk with our lawyers, and it went that way instead of talking to the band personally. It got to be a silly situation.

“It would have been nice to have had Bill on the album, but it was getting too complicated. It had been after a year of this stuff, and we just had to get on with it.”