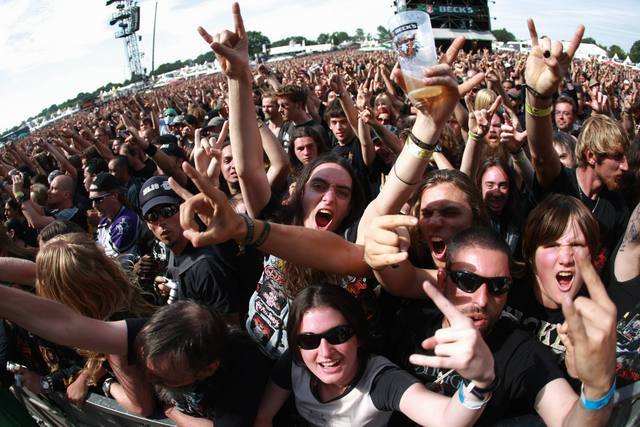 A newly published study has found that fans of heavy metal music tend to have higher openness to experience, more negative attitudes toward authority, lower self-esteem, greater need for uniqueness and lower religiosity than those individuals with a preference for other musical genres.

219 women and 195 men ranging in age from 18 to 57 years participated in the study, which examined associations between individual differences and preferences for a specific subgenre of music, namely, contemporary heavy metal.

A research team led by psychologist Viren Swami at University Of Westminster in London, England presented the 414 individuals from Britain with clips of 10 tracks of contemporary heavy metal and asked them to rate each for liking (from “extreme dislike” to “extreme like”). Participants also completed measures of the Big Five personality traits, attitudes toward authority, self-esteem, need for uniqueness, and religiosity.

The researchers write: “Our results confirm previous reports that openness is associated with a preference for rock and heavy metal, including nonmainstream subgenres. In explanation, it has been suggested that individuals who score highly on openness show a preference for the intensity, variety, complexity, and unconventionality of heavy metal. [It has also been suggested] that individuals who are open-minded and who seek novel experiences may become disinterested in mainstream or conventional musical forms as they grow older. This, in turn, may lead them to seek out musical genres that are unconventional by the standards of mainstream cultures, such as contemporary heavy metal.”

They add: “Our results also showed that individuals with more negative attitudes toward institutional authority were more likely to show a preference for the heavy metal tracks. In general, this is consistent with [the] description of heavy metal fans as inhabiting a subculture of alienation, which translates into an opposition to authority and mainstream society… It is possible, for example, that heavy metal may conjure referent images that are inherently antiauthority or that signal a revolt against mainstream culture. In this sense, individuals who hold more negative attitudes toward authority may show a preference for heavy metal precisely because it expresses their dissatisfaction with authority.

“Respondents who showed a stronger preference for the metal tracks in the present study were also more likely to have lower self-esteem and higher need for uniqueness. In the first instance, it is possible that individuals with relatively low self-esteem are drawn to heavy metal because the style of music allows for a purge of negative feelings. The catharsis afforded by heavy metal may, in turn, help boost self-worth and promote positive self-evaluations among those with otherwise low self-esteem.”

The entire research paper can be found at the web site of the American Psychological Association.