ROB ZOMBIE And KORN Join Forces For Cover Of DIAMOND HEAD’s ‘Am I Evil?’ (Video) 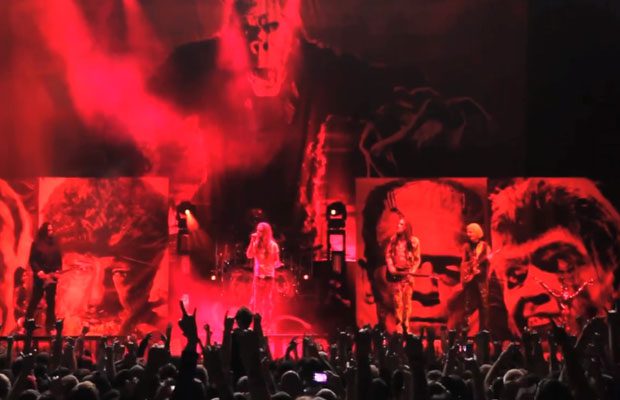 Rob Zombie and his band were joined by KORN guitarists Brian “Head” Welch and James “Munky” Shaffer on stage on November 10 in Rapid City, South Dakota to perform a cover version of the DIAMOND HEAD classic “Am I Evil?” (a song famously covered by METALLICA). Video footage of the performance can be seen below (clip filmed by Sébastien Paquet and Mark Bennett).

ROB ZOMBIE and KORN are co-headlining the “Night Of The Living Dreads” tour this fall. The 17-date run began on November 3 in Reno, Nevada and will wrap on November 26 in Bethlehem, Pennsylvania.

Zombie said, “Some of the best times we’ve had on the road have been touring with KORN, so we’re thrilled to be doing it again!”

KORN‘s Jonathan Davis added, “We’ve had a lot of fun touring and playing with ROB ZOMBIE over the years. It’s been a while and those shows were so much fun. We’re really excited about doing it again.”