BOBBY JARZOMBEK: Why I Turned Down DREAM THEATER Drummer Audition 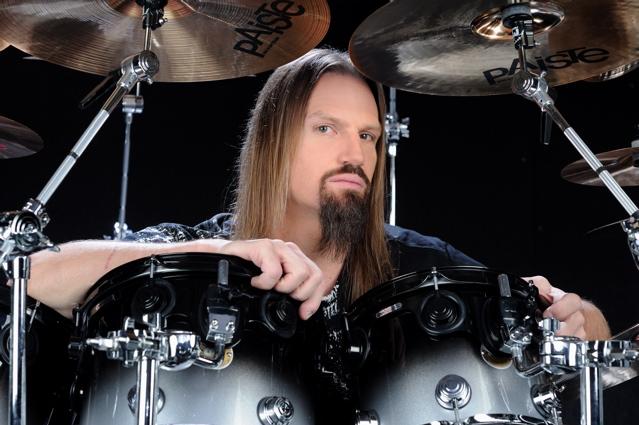 U.K. web site Give The Drummer Some! has posted a brand new audio interview with acclaimed drummer Bobby Jarzombek (FATES WARNING, SEBASTIAN BACH, HALFORD). Among other topics, Jarzombek talks about his early influences, being a self-taught drummer, working with JUDAS PRIEST frontman Rob Halford and ex-SKID ROW singer Sebastian Bach, and, for the first time ever, about his turning down the DREAM THEATER drummer audition in 2010.

Speaking about his decision to pass on an opportunity to try out for the slot left vacant by the departure of Mike Portnoy, Jarzombek said (transcribed by BLABBERMOUTH.NET): “I remember this… It was October 2010. I was on the road with HALFORD, and I remember thinking… I knew [DREAM THEATER] were gonna do that. They were gonna make calls to people. And I told some friends of mine, I said, ‘I hope they don’t call me for this.’ And the reason I said that is because I didn’t know what my reaction would be, for one. And I thought it was kind of crazy that Portnoy was out of the band.

“I was on the road with HALFORD, as I mentioned, and I said, ‘Well, when are you doing auditions?’ And then there was, like, a ten-day window when I was coming home from when we were doing U.S. to Japan, or South America, or whatever. And I said, ‘I’m not even home when you’re gonna do these auditions.’ And he said, ‘We would get back together again and reschedule and make a special session if you wanted to do it another time.’ And I said, ‘Well, I have ten days. Send me the songs.’ So then they send me three songs, and it’s, like, 28 or 29 minutes’ worth of music. And I’m thinking, ‘God, that’s a lot of music to learn for an audition.’ And I totally understand it. Because they need to know. And they need to give the guys as much stuff as possible.

“So I checked it out and I was, like, ‘I don’t even have time to learn this. I’m gonna have ten days when I get home,’ and then I would have to have everybody wait for two months for me to get back. And then I thought, ‘What’s even going on here? Is Mike [Portnoy] out completely?’ And I thought to myself, ‘Surely he’s gonna be back in the band at some point.’

“Judging from what has happened in the media with the whole thing and stuff… I don’t wanna add to anything that’s been said or whatever. But I guess [Portnoy‘s eventual replacement, Mike] Mangini, that’s his gig, and maybe it will always be his gig, I don’t know. But I had thought at the time, when I saw this, I thought, they’re gonna get this resolved [with Portnoy]. I said, ‘I’m gonna learn these songs, I was playing with HALFORD, I had worked with Sebastian, I had worked with FATES WARNING. I said, ‘There’s no way that Mike Portnoy is not gonna be back in the band.’

“So after all this stuff, I just looked at the whole thing and I said, ‘You know, it’s not my gig. It’s not my gig to be had.’

“The one thing, though, that… I was curious, and I had talked to some of my friends, musicians, and I knew some of the guys that were up for the audition. And so I was really curious. And as it turns out, I was really glad that Mike Mangini got the gig, because I thought he was the right, perfect fit. He comes from a rock background. He understood, initially, what the band wanted out of a drummer — to play the parts the way Mike Portnoy played the parts, and to give the band that sort of heavy feel that they needed, along with a progressive feel. And that’s some things that I think I could have done and been part of that, but I think Mangini, he had so much more to offer than I could on other levels, as a musican. So I thought he was the perfect fit.

“It would have bothered me, I think, maybe, if one of the other guys would have gotten the gig that I didn’t think were perfectly suited for the band.

“It might seem kind of weird, because it’s not my place to say, whether I have an opinion about it, because it doesn’t matter what I think. But I was kind of glad to see that. Because Mike Mangini is such a cool dude as a person, and a great drummer and musician, so I was really glad to see that, and I think it all worked out for the best. But, yeah, it was very strange that I did get asked and I turned it down, even to audition.”

Jarzombek is currently on the road with FATES WARNING in support of “Darkness In A Different Light”, the group’s first new studio album in nearly a decade and the first to feature Jarzombek on drums. The North American leg of the tour kicked off Friday night, November 15, at Mojoe’s in Joliet, Illinois.