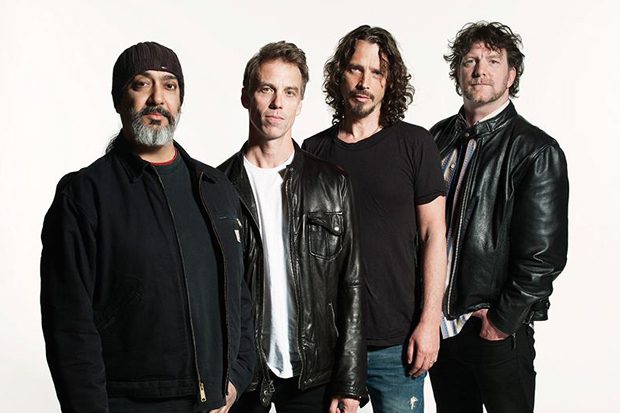 Drummer Matt Cameron of reunited grunge legends SOUNDGARDEN will sit out the band’s live appearances in 2014 due to his commitments as a member of PEARL JAM.

In a statement posted earlier today (Friday, November 15) on SOUNDGARDEN‘s web site, Cameron wrote: “I will be taking 2014 off from SOUNDGARDEN touring due to prior commitments promoting [PEARL JAM‘s album] ‘Lightning Bolt’ with my brothers in PEARL JAM and the desire to have more time at home with my family. I am trying to balance the many twists and turns of my awesome music career. This is temporary. I am still an active member of SOUNDGARDEN.”

Cameron added that he is helping his SOUNDGARDEN bandmates — Chris Cornell (vocals, guitar), Ben Shepherd (bass) and Kim Thayil (guitar) — find “the perfect substitute for the upcoming SOUNDGARDEN dates in 2014.”

SOUNDGARDEN is scheduled to play at Lollapalooza festivals in Chile, Argentina and Brazil in the spring and has confirmed several German concerts in June.

SOUNDGARDEN‘s very first record releases are being reissued on CD, double vinyl and as a digital set on November 26 via Sub Pop Records.

The set will include the band’s entire debut EP, “Screaming Life”, as well as bonus tracks from its “Fopp” EP and songs that appeared on the “Sub Pop 200” compilation, all initially issued in the late Eighties.

“King Animal”, the first collection of all-new material in 16 years from SOUNDGARDEN, and first since the group reunited in 2010, sold 83,000 copies in the United States in its first week of release to debut at position No. 5 on The Billboard 200 chart. The effort arrived in stores on November 13, 2012 via Tom Whalley‘s new record label, a partnership between his Seven Four Entertainment and Republic Records.