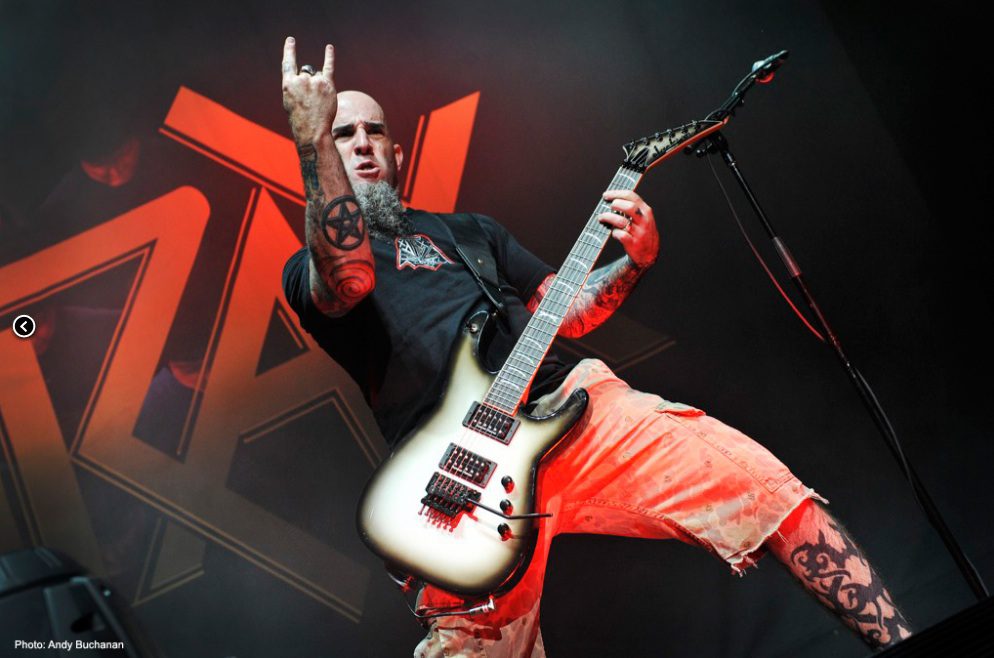 Da Capo Press, a member of the Perseus Books Group, announced today that it has acquired world rights to publish a book by musician Scott Ian, co-founder of the iconic thrash metal band ANTHRAX, entitled “I’m The Man”. Da Capo executive editor Ben Schafer made the deal with Jim Fitzgerald at the James Fitzgerald Agency.

“Why a book? Because I think my story can connect with anyone and, if I was able to make the life I wanted for myself happen, then anyone can,” Ian says. “I’m really excited to be writing a book because the idea of getting forty-something years of stuff out of my brain and onto the page seems very therapeutic. Plus if I didn’t do it now, I’d start forgetting and wouldn’t be able to share all these killer stories with you, my friends!”

In this fast-paced, humorous, and revealing memoir from the leader of a band that proved to the masses that brutality and fun didn’t have to be mutually exclusive, Ian will tell his life story, starting with his upbringing as a nerdy Jewish boy in Queens, New York, and evolving through his first musical epiphany when he saw THE WHO on television and decided he wanted to play guitar. Not long after, Ian saw KISS at Madison Square Garden and realized what he wanted to do with his life. The book will chronicle his adolescence in a dysfunctional home, his escapism through the turbulent world of heavy metal, and the complete history of ANTHRAX, starting with the band’s formation through the present day reinvigoration with the return of vocalist Joey Belladonna, the release of “Worship Music”, and their triumphant performance at Yankee Stadium with the Big Four of thrash: METALLICA, SLAYER, and MEGADETH. The book will also feature eye-popping full-color autobiographical comic book inserts.

For “I’m The Man”, Ian will be working with Jon Wiederhorn, co-author of the books “Louder Than Hell: The Definitive Oral History Of Metal” and “Ministry: The Lost Gospels According To Al Jourgensen”. Wiederhorn is a senior writer at Revolver and a regular contributor to Guitar World, Noisey.com, eMusic.com, and Yahoo Music! He has also worked on staff at Rolling Stone, Guitar, Guitar.com, and MusicPlayer.com.

Ben Schafer, executive editor at Da Capo Press, says: “We’re thrilled to be working with Scott Ian, whose dedication to his legendary band ANTHRAX has assured their place in the pantheon, and whose upbeat nature and sense of humor are infectious.”