THE DARKNESS: New Song ‘The Horn’ Available For Streaming 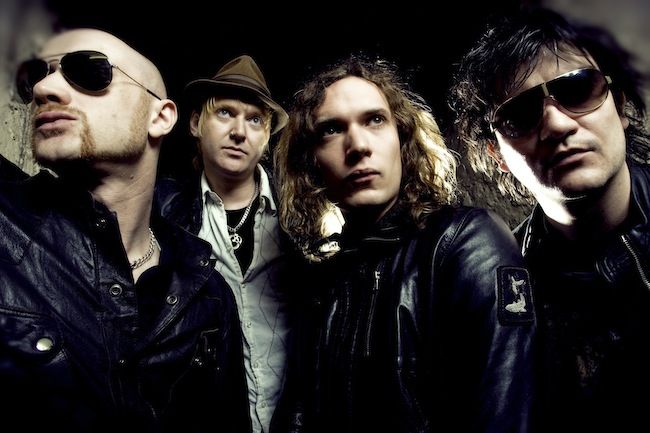 Reunited British rockers THE DARKNESS have released the new song “The Horn” as a download single.

The only new track that THE DARKNESS is currently playing on tour, it is available to download from iTunes, Google Play, and Amazon UK (cheapest single price) and other official download stores.

You can stream “The Horn” in the YouTube clip below.

THE DARKNESS is celebrating the tenth anniversary of its first album, “Permission To Land”, by performing the CD in its entirety on the band’s U.K. tour.

“Permission To Land” was released in 2003, hitting the No. 1 spot in the U.K. chart and winning “MasterCard British Album” at the 2004 Brit Awards (along with “Best British Group” and “British Rock Act”).

Between 2003 and 2006, THE DARKNESS was honored with many awards and accolades; along with three Brit Awards, the band won an Ivor Novello in 2004 for “Songwriters Of The Year”, four Kerrang! Awards, two Metal Hammer Awards, an MTV Europe Music Award and even an Elle Style Award in 2004 for “Most Stylish Band”.

The band’s latest album, “Hot Cakes”, was released in August 2012 via Wind-Up (North and South America) and PIAS (U.K. and rest of the world). The CD was produced by Justin and Dan Hawkins with longtime collaborator Nick Brine and mixed by Bob Ezrin.