Drummer NICK MENZA Is ‘Open’ To Playing With MEGADETH Again 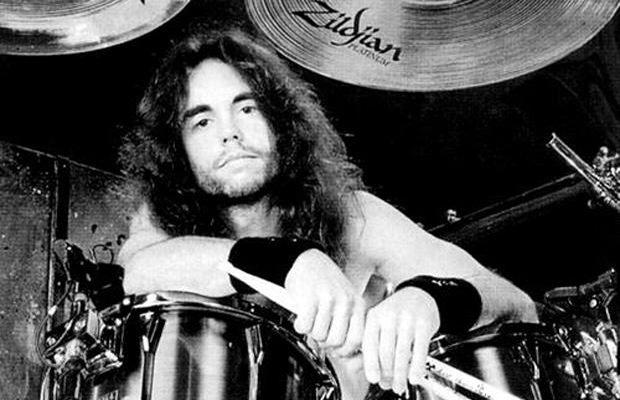 Argentinean rock journalist Lucas H. Gordon, who currently resides in Hollywood, California, conducted an in interview with former MEGADETH drummer Nick Menza at The Rock N Roll Autograph Show, which took place September 13-15 at The Westin Los Angeles Airport. You can now watch the chat below.

Asked if there is a possibility of him ever doing anything with MEGADETH again, Menza said: “You never know what can happen in the future. It’s, like, I’m open to whatever. I would never say, ‘I’ll never join MEGADETH back up again.’ But it’s really up to [MEGADETH mainman Dave] Mustaine. I put the ball in his court.”

Following the reissue of the entire MEGADETH catalog, Menza was invited to reunite with the band in 2004. Days after a reunion was announced, Menza was fired after rehearsals and replaced with Shawn Drover. Mustaine said that this was because Nick “just wasn’t prepared.”

Menza has been writing, recording and producing constantly but only releasing sporadic singles for years. That will all change when he opens the floodgates with the upcoming release of his memoir, “Nick Menza: Megalife”, by acclaimed writer J. Marshall Craig.

“MEGADETH was a big part of my story,” Menza said, “but it was just one part. Jeff [Craig] has got me to talk about it all!”

Menza is currently negotiating a publishing deal for the book, which was written over the past 18 months. It features rare and never-before-seen photos of Menza with every band he’s ever been in, including, of course, MEGADETH.

“It’s a memoir of music,” writer Craig said. “But a lot more. It’s a book about chasing the ultimate gig, the ultimate drum setup, the ultimate sound and, it will come as no surprise to Nick‘s fans, the ultimate aliens, government conspiracies and anything else his muse sees fit to lay across his path.”

Menza‘s first performance was at the age of two on stage at the Montreux Jazz Festival when legendary jazz percussionist Jack DeJohnette (Miles Davis, Sonny Rollins, Joe Henderson) placed Nick on his kit. Thirty years later, he was stepping out on stage in front of thousands of screaming fans every night.

Menza, son of legendary jazz saxophonist Don Menza, was at the top of his game when MEGADETH started a world tour in support of its album, “Cryptic Writings”, but began to suffer knee problems and escalating pain. Doctors diagnosed him with a tumor. Surgery waylaid the drummer briefly, but he was relieved to learn the tumor was benign and was eager to rejoin his bandmates, who had continued their tour with a replacement drummer. But deteriorating relations within the band exploded and Menza was replaced permanently.

“Nick Menza: Megalife”, by J. Marshall Craig, is due in stores, in Kindle and eBook versions, in late 2013.

J. Marshall Craig is best known for his critically acclaimed work as writer for Eric Burdon‘s “Don’t Let Me Be Misunderstood”, THE ROLLING STONES keyboardist Chuck Leavell‘s “Between Rock And A Home Place”, West Coast hip-hop history “Guilty By Association” (Damizza and J. Marshall Craig). Author of more than a dozen books, his work has been translated and published all over the world.