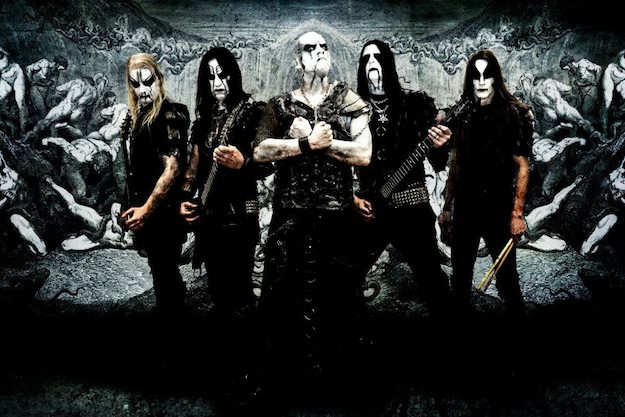 Swedish black metallers DARK FUNERAL will celebrate their “stunning 20 years on the throne” with a special anniversary gig entitled “20 Years Of Satanic Symphonies” on May 3 at Klubben in Stockholm.

The band will be fronted by Emperor Magus Caligula. In addition, former members will make exclusive guest appearances. Thus we will see Themgoroth, Typhos, B-Force, Dominion and Gaahnfaust live and on stage for the first time since they left the band.

You can also be sure that DARK FUNERAL have a few surprises up their sleeve as well… This means that this night is an absolute must for both old and new fans! A great opportunity that NO metal fan would miss.

Age limit 13, except for the bar on the balcony – 18 years. Tickets at Skrikhult.

For 20 years now, Lord Ahriman and his fellow warriors have spread their satanic message throughout the world, with major success. Numerous albums and worldwide successful tours later, they are still here spreading the darkness upon us! A new, highly anticipated, album is coming up later this year. 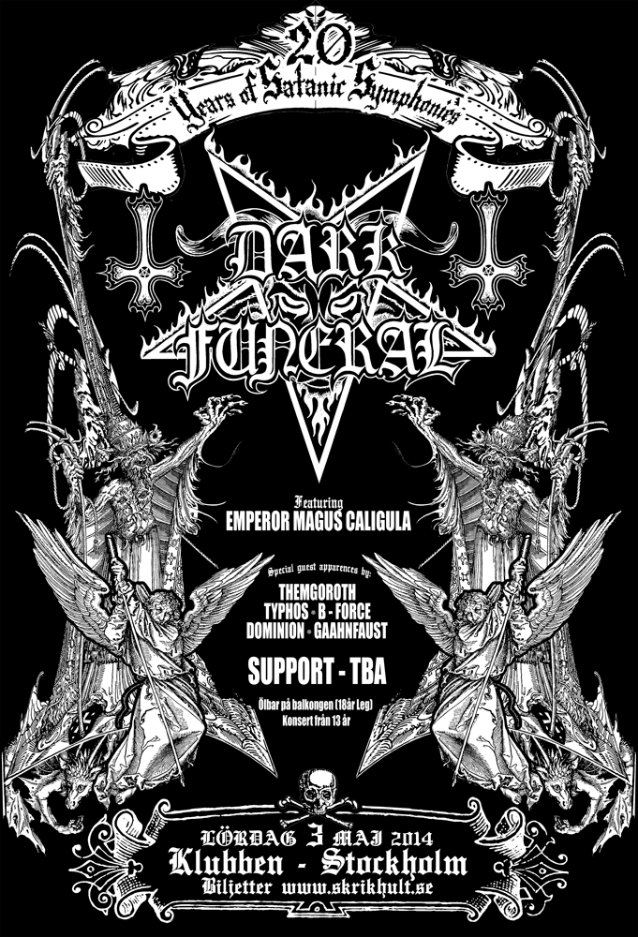