ANNIHILATOR’s ‘Feast’ To Be Re-Released With Bonus DVD 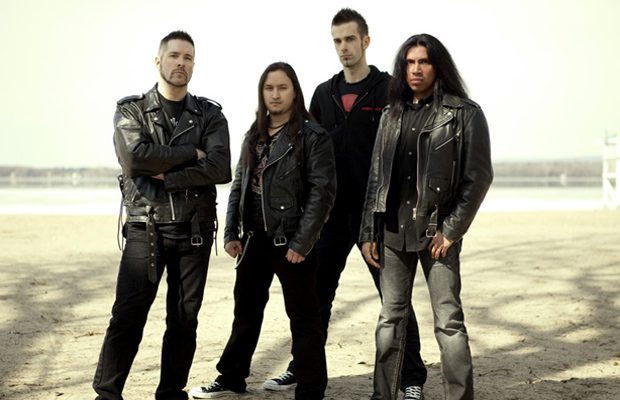 ANNIHILATOR‘s latest album, “Feast”, will be re-released as a limited edition featuring re-recorded ANNIHILATOR classics on CD and the full Wacken Open Air festival show on DVD, all in a special Ecolbook version with a new 3D cover!

* The new album “Feast” in a CD-sized book with extra pages in the booklet
* The 15-song bonus CD “Re-Kill” with newly recorded ANNIHILATOR classics
* Plus a never-seen-before live DVD filmed at last year‘s Wacken Open Air, when the band opened the festival relentlessly regardless of the blistering heat!

* Not to mention a brand new 3D cover taking over where the original “Feast” cover left us. Which means: More zombies, and they are coming closer!

The “Feast” Ecolbook version will be available in U.S. on March 11.

“Feast” sold around 800 copies in the United States in its first week of release.

In a recent interview with Ghost Cult Magazine, ANNIHILATOR guitarist/mainman Jeff Waters stated about “Feast”: “As an artist, you’re sometimes lucky when it all comes together, be it painting, singing or whatever. Sometimes you want to do something good and when you’re busy with it, you seem to hit the nail on the head. When you listen back, it doesn’t contain your best work. Sometimes it just works. Bands like IRON MAIDEN, JUDAS PRIEST, SLAYER and also we in ANNIHILATOR have great records and we have our share of not-so-good records. Different times, different places, you know. Maybe we were lucky with ‘Feast’ and maybe we were inspired. A lot of it comes from that my partner in ANNIHILATOR, singer/guitarist Dave Padden, said that we should take a break for three years from writing music and focus on other things. We did a lot of touring, I worked in my studio, give guitar clinics for Gibson and Epiphone and we played the 70000 Tons Of Metal cruise, all these cool things. The break breathed a lot of new life in the ANNIHILATOR music and that’s probably where a lot of the inspiration came from.” 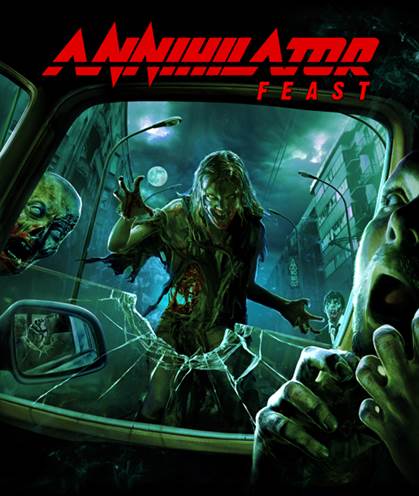