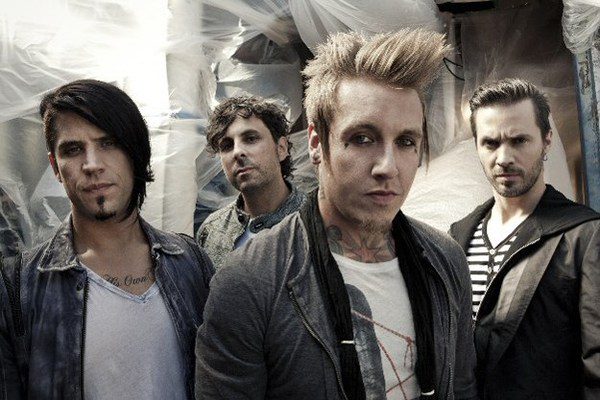 Regarding the prospect of recording the new CD in Sin City, PAPA ROACH singer Jacoby Shaddix said in a recent interview that the 24/7 action in the city “definitely can be [a distraction], but I’m not a gambler, you know what I’m saying?! So I don’t really give a shit about gambling. I actually have a lot of really good, close friends that live in Las Vegas. Aside from the whole Sin City vibe, there’s also a real town there as well; it’s not just The Strip. There’s some good tattoo spots, I’ve got a homie that has a house out in the cuts there with motorcycles and jumps and all that crazy-ass stuff. I’ll just go hang out with some of those reckless, wild dudes.”

Shaddix and his wife, Kelly, welcomed a baby boy, Brixton Gabriel Shaddix, last summer. Kelly underwent a Caesarean section procedure a a Californian hospital on September 17, 2013 and Brixton was born at 9:45 a.m. local time. He weighed in at 7 pounds and 3 ounces and measured 19 inches long. This is the third son for Jacoby and Kelly, who are also the parents of Makaile Ceilo Shaddix, born March 24, 2002 and Jagger Monroe Shaddix, born September 13, 2004.

During the making of PAPA ROACH‘s latest album, “The Connection”, Shaddix split and reconciled with his wife of 16 years and also fell off the wagon.

Former PAPA ROACH drummer Dave Buckner reunited with the band at the Aftershock festival in Sacramento on September 14, 2013. Buckner took the stage at Discovery Park to perform “Last Resort” with his former bandmates.