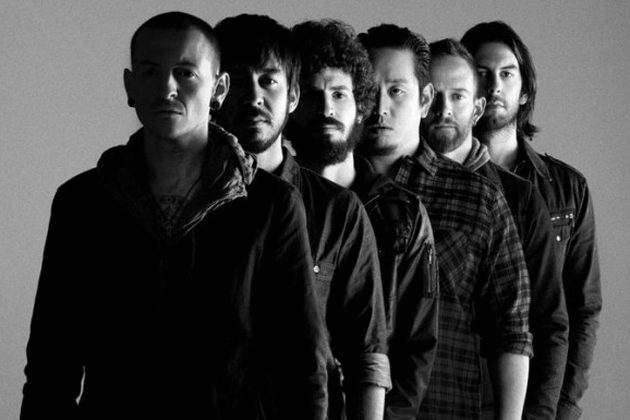 LINKIN PARK vocalist Mike Shinoda has posted an update online about the status of the group’s sixth studio album, which he says the band is “pretty deep” into making. According to The Pulse Of Radio, Shinoda wrote at his personal web site, “As most LINKIN PARK fans know, the sound of each album is usually quite different from the last. The new album is no exception. But as usual, the album’s sound twists and turns as it is created, so any attempt at estimating what it sounds like today would be silly.”

Shinoda told The Pulse Of Radio that he likes to set the direction once the band gets into the studio. “I’m kind of at the wheel, and I take it as my responsibility to make sure that we’ve got collectively a very clear vision of where we want to go, and that the inspiration and motivation levels are high,” he said. “I want to feel like every record we make is really inspired and we feel good about it.”

Shinoda added that he and the rest of the group are feeling “inspired” and “trying all kinds of things we haven’t before,” explaining that they’re working in a different studio than before, are largely self-producing the record and even trying different methods of writing and recordings.

He elaborated, “This album has been the product of a mix of focused experimentation and free form jamming. We’re even tracking parts to tape instead of going exclusively digital.”

Shinoda concluded by saying that the band is trying to find a “bold and energetic” sound and hints that the record will be out this summer.

LINKIN PARK‘s previous three albums were co-produced by Rick Rubin, who doesn’t appear to be involved with this project. The new disc will follow up 2012’s “Living Things”.