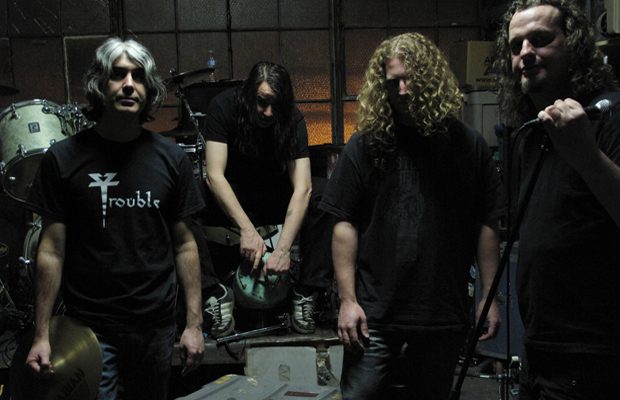 In a decision that seems reminiscent of the 1989 JETHRO TULL/METALICA controversy of the 31st Grammy Awards, Quebecois prog metal pioneers VOIVOD have been left out of the running for a “Metal/Hard Music” award at the 2014 Juno Awards (the Canadian equivalent of the Grammy Awards). Instead, a power-pop band from Ontario called THE FLATLINERS received a nomination.

VOIVOD, formed in the early 1980s in Quebec, is not only considered by most metalheads to be Canada’s preeminent metal band, but is adored worldwide by rabid fans and critics alike. In 2013, they released their sixteenth album, “Target Earth”, on Century Media, which scored an impressive 84/100 on aggregate critique site Metacritic. The album, fully eligible for a Juno nomination, has been left out of the race, and, in what seems to be an error or mistake, THE FLATLINERS was nominated in the “Metal/Hard” category for the 2013 album “Dead Language”.

“When I first read the nominations for the ‘Metal/Hard’ category, I was, like, ‘Who the f*ck are THE FLATLINERS,” said Hall from his London, Ontario office, “and more importantly, where the f*ck are VOIVOD?” The other nominees, all metal bands, are KEN MODE, GORGUTS, ANCIIENTS and PROTEST THE HERO.

In an effort to draw attention to this error, David Hall has created a petition through Care2, a petition web site. The petition is called “Voivod are Metal, The Flatliners are Not: Fix this Mistake Junos.” Hall is hoping to receive one thousand signatures, which he will share with board of directors of the Junos.

Hall had this to say regarding the petition: “I have nothing against THE FLATLINERS — I’m sure they are a wonderful band and I wish them no ill will — but they are simply not a metal band.

“I hope that through this petition I can help raise awareness about what an awesome metal band VOIVOD are, and perhaps make the Junos aware that a serious error was made.”

The petition can be found here.