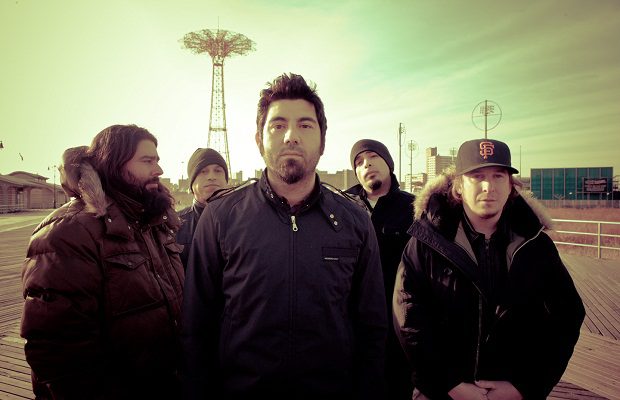 DEFTONES singer Chino Moreno has confirmed that the band has begun working on music for its eighth studio album. He told Soundwave TV last week: “I haven’t personally started [writing new songs], but the other guys started last week, actually. So I’m excited to hear what they’ve done so far. I’m gonna check in with them next week.”

He continued: “When we make records, we don’t plan on what kind of record we’re gonna make; we never have. It’s, like, we react to each other; one guy starts playing something and then the other guy reacts to it and the other guys reacts to it, and then, next thing we know, we have a song. I always think that’s the best, organic way to write music, because you’re not actually thinking about… Like, we don’t have a gameplan as far as what kind of record or what it’s supposed to sound like. As long as it’s good, as long as we’re happy and feeling it, what we’re doing, it’s worked for us over the years.”

Moreno himself just moved to Oregon, while drummer Abe Cunningham and keyboardist Frank Delgado remain in the band’s hometown of Sacramento. Guitarist Stephen Carpenter lives in Los Angeles and bassist Sergio Vega is based in New York City.

DEFTONES spent much of 2013 on the road behind their seventh album, “Koi No Yokan”, which debuted at No. 11 on the Billboard album chart in November 2012 and yielded the Top Two rock radio single “Tempest”.