VINNIE PAUL Says HELLYEAH Is ‘Gonna Be Stronger Than Ever’ 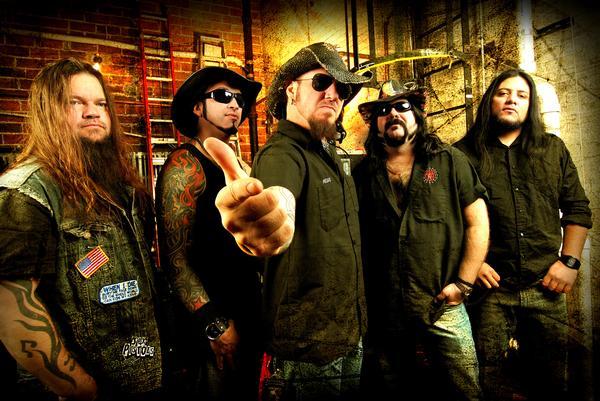 RockNLive.org recently conducted an interview with former PANTERA and current HELLYEAH drummer Vinnie Paul Abbott. You can now watch the chat below.

Prior to the recording of the new album, HELLYEAH parted ways with guitarist Greg Tribbett (MUDVAYNE) and bassist Bob “Zilla” Kakaha (DAMAGEPLAN). A replacement bassist in the shape of Kyle Sanders (former member of BLOODSIMPLE and the brother of MASTODON‘s Troy Sanders) has been secured.

Speaking to RockNLive.org about Sanders‘ addition to HELLYEAH, Vinnie Paul said: “After we realized we were gonna have to part ways with Bob and Greg, we wanted to make sure that we brought somebody in that was a ‘bro,’ somebody that we felt comfortable with. We didn’t wanna go through an audition process and bring a whole bunch of different people in that we had no idea, anything about their character or dynamic or what they were all about. And Kyle had toured with HELLYEAH many times with his band BLOODSIMPLE, who we were all fans of. As a matter of fact, BLOODSIMPLE was on Chad‘s label when he had a label. And he was the first guy that came to our mind. And the first phone call we gave to him, we barely mentioned it and he said, ‘I’m the guy. I wanna do it. I wanna do it.’ And that’s all we needed to hear; that was perfect. So he’s gonna be a perfect addition to the band. We shot the videos together and we hung out, and he’s really into it. So it worked out perfect for us. And to complement Tom on guitar, these songs for this record really have a lot of duelling guitars and a lot of parts, we’re gonna add a touring guitarist. We haven’t announced who that is yet, but I can tell you he’s a hell of a guitar player. So we’ll do that soon. And the band’s gonna be stronger than ever. There’s nothing like having some fresh blood out on the road with you. And these guys are gonna kill, we’re gonna kill, and we’ve got a great new record to tour with.”

A press release describes “Blood For Blood” as a “welcome return to form” for the band, adding that it “sounds like a recharged HELLYEAH, taken up many notches.”

HELLYEAH will hit the road this spring, starting with several festival slots in April and May.

Montano left a week after the release of the band’s self-titled debut album in 2007 and was replaced by Bob “Zilla” Kakaha, who had played with Abbott in DAMAGEPLAN.

MUDVAYNE has not released an album since 2009 while Gray and Tribbett have been working with HELLYEAH. 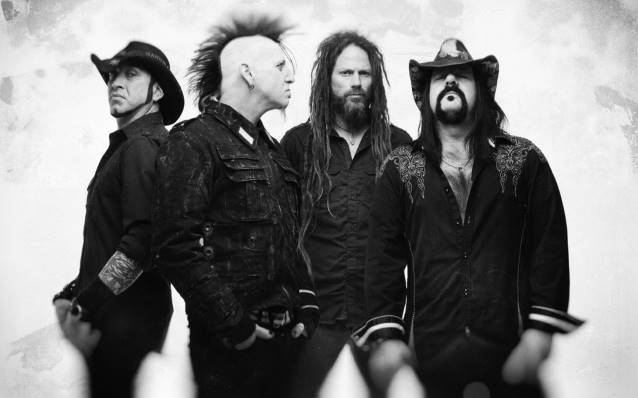