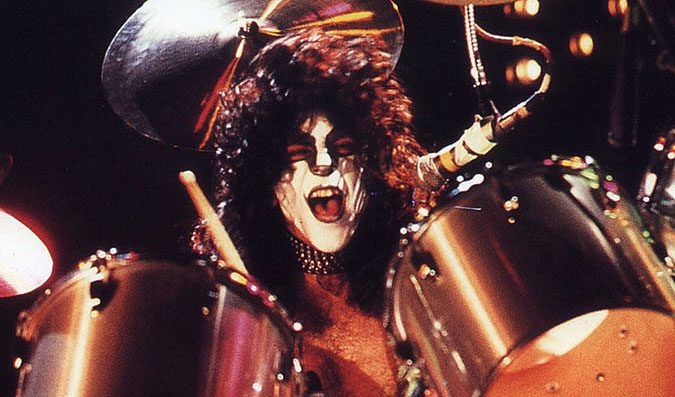 According to the New York Post, the heirs of the late KISS drummer Eric Carr have filed a lawsuit against the band over unpaid royalties.

The heirs, who have been getting royalties from the American Society of Composers, Authors and Publishers (ASCAP), decided to file the suit after realizing that they also should have been receiving payments from several KISS-affiliated companies, including the current group, two publishing firms and Gene Simmons Worldwide Inc.

“They thought they were getting it all from one source,” the estate’s attorney, Robert Garson, told the New York Post.

“Until his death, Carr received the regular mechanical and/or publishing royalty payments that were owed to him on a regular basis, from various sources,” the complaint reads. “The source of such payments varied depending upon which company or organization administered the publishing of the works. Upon his death, however, while some of these royalty payments continued to be made to his Estate and/or beneficiaries by respondents Universal-Polygram Int. Publ., Inc. (UMPG), no payments were received by the Estate, its executors or the beneficiaries from The Kiss Company or any company or corporation to which its rights have been sold, assigned or transferred for the compositions [in question].”

The complaint adds: “For over a year, requests have been made for missing payments or information regarding any reasons for non-payment from the representatives of KISS and Universal-Polygram Int. Publ., Inc. (UMPG), all to no avail. Additionally, the composition entitled ‘Little Cesar’, which was recorded and published with the United States Copyright Office in 1989 with Carr listed as an author, appears to have been re-registered with the Copyright Office in 1992 with Carr‘s name removed.”

Carr joined KISS in 1980 after the departure of the band’s original drummer Peter Criss. He recorded eight albums with the group, starting with “Music From ‘The Elder'” in 1981. His last recorded appearance with KISS was “Hot In The Shade”, released in 1989.