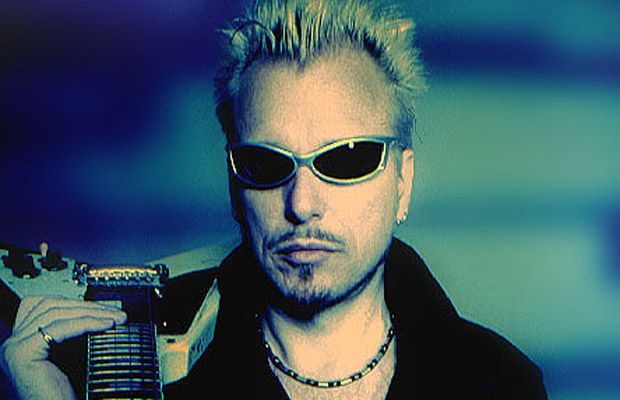 Greg Prato of Songfacts recently conducted an interview with legendary guitarist Michael Schenker. A couple of excerpts from the chat follow below.

Songfacts: How do you find that you write your best songs?

Michael: I just do it the same way over and over. I love to play. I play and discover on a regular basis, so when I bump into a great piece of something that I think, “Wow, I should capture that” — and it’s usually just 5 seconds, 10 seconds long — I’ll put it on the cassette recorder in its raw form and I’ll just leave it there. When it’s time to make a new record, I listen to what I have selected, and then that inspires me to write the additional parts to it. So I never really know what the song is going to be until the album’s finished. On this album in particular, I was looking for more of a balance: Not too many mid tempos, but enough fast songs and many different elements in it that keep it going and keep it interesting. It’s like putting a puzzle together and never really knowing what comes out at the end.

Songfacts: How did the songwriting work in the band UFO? Was it more of a collaboration?

Michael: Well, when I joined UFO, they were a psychedelic band. They were playing very different music. But I was attracted to them being British, since that’s where the music that I fell in love with came from: [LED] ZEPPELIN, BLACK SABBATH and Johnny Winter. Well, Johnny Winter was American, but a lot of the music that we were listening to at that point in time when I was 15 years old was coming from there. When I toured with UFO and SCORPIONS, the guitarist from UFO lost his passport, so in order to continue the tour, I had to play for both bands. That was when I was 16 years old. I opened up with the Scorpions and then I played with UFO for a couple of days. And that’s when they asked me to join them. I always told the SCORPIONS that if a British band would ever ask me, I would go just to get to a country where there was the interest for rock and roll. In Germany, it was dead. It was disco music and it wasn’t very interesting what I was doing. So I was more than happy to go over there. They invited me over and I took the offer. When I got there I just laid down a riff and another one and another one, and Phil [Mogg] did his vocals to it and it just became a totally different band based on the pieces that I gave them, which every song was built on. I wrote that way right from the beginning, and it’s still how I write today. But because I had just joined them, we were more in the mode of making a record, touring, making a record, touring, making a record, touring. Because we were doing everything in the short amount of time, we spent a lot of time at the rehearsal studio. Some very early songs, like “Rock Bottom”, were very spontaneous. We were just sitting there looking for an additional song, and when I played “Rock Bottom”, the riff, that’s when Phil jumped up and said, “That’s it! That’s it!” So we started putting it together and putting it into form. But in general, I would always come up with some riffs, give it to the singer and he would find something, too. Then we’d go into the rehearsal studio and work on it. That’s basically how we used to write.

Songfacts: How close did you come to joining Ozzy Osbourne‘s band after Randy Rhoads‘ death?

Michael: That was around ’81. Graham Bonnet just came over and we started writing and doing things, and then I get a phone call in the middle of the night from a very devastated Ozzy Osbourne telling me what happened [Rhoads was killed in an airplane accident, on March 19, 1982]. I said, “Okay, it’s the middle of the night. I’ll let you know, but I have to speak to Peter Mensch” and so on. And then I had to look… I was tempted to do that, but at the same time I was in the middle of doing “Assault Attack” and it was going to be the second album with Cozy Powell. We were getting ready, and I had to look at my situation. Then I heard some crazy stories about Ozzy dragging people across the stage by their hair and stuff like that. And then some other horror stories that didn’t sound too good. I was tempted to do that, but something tells me, you know what, Michael, first of all, the SCORPIONS, my own brother, he asked me to play, to help the SCORPIONS and to join them and tour with them. And I couldn’t do it because I’m not made for copying people. I love to invent things, to express myself, and so my vision is a different vision. Sometimes you have to battle a little bit with your true vision and temptation. Same with AEROSMITH: It was a good thing it didn’t work out, because again, I would have not enjoyed myself. I know that. At the end of the day, I said, “I can’t do that.” It came to the point when I stretched it for so long that I think Cozy Powell took it over and told them, “He’s not going to do it.” And that was that. It was a very strange situation.

Read the entire interview at Songfacts.