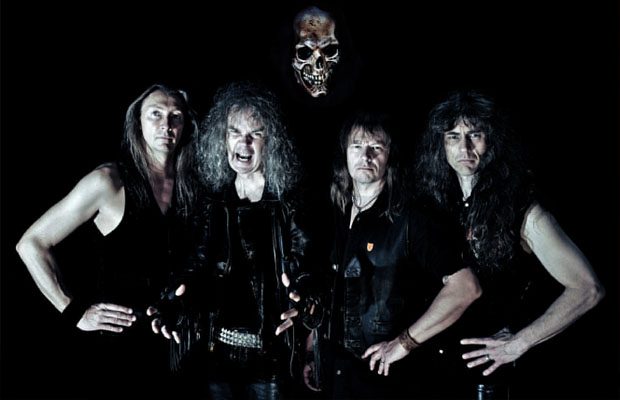 German power metallers GRAVE DIGGER will release their 1th studio album, “Return Of The Reaper”, via Napalm Records on the following dates:

The “Return Of The Reaper” cover artwork (see below) was created by Gyula Havancsák of Hjules Illustration And Design, who has been responsible for all GRAVE DIGGER artwork since 2004’s “The Last Supper”.

The CD was recorded at Principal Studios (KREATOR, IN EXTREMO, GRAVE DIGGER) in Senden, Germany.

“Return Of The Reaper” track listing:

The official lyric video for the song “Season Of The Witch” can be seen below.