MEGADETH’s DAVID ELLEFSON: My Brother’s Passing Brought DAVE MUSTAINE And I Closer Together 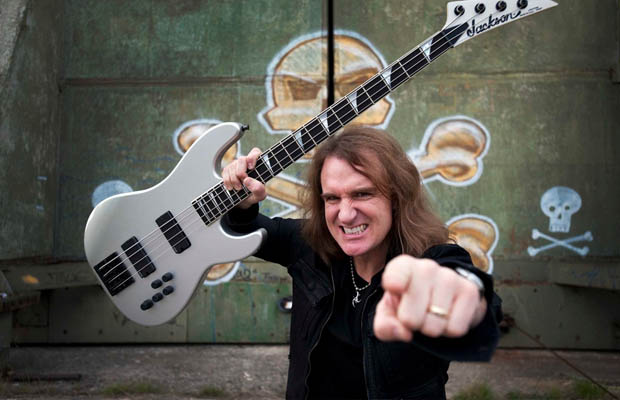 MEGADETH canceled a number of shows last month so that David could spend time with the rest of his family as they mourned the loss of Eliot Elelfson, who died on May 19 in Minneapolis, Minnesota.

In a brand new interview with Lithium Magazine, David spoke about the support he has received from his longtime bandmate following his brother’s cancer diagnosis, explaining: “The band was actually ready to go onstage in Buenos Aires on May 1. We were in the dressing room and Dave came up to me and said, ‘Hey, man, how’s your brother doing?’ And I just broke down and started crying and said, ‘It’s not good. I just got the call today.’ And, man, he rallied around me in a way that no one else did or could because he has known me for so long. He’s known my family. He knew my brothers, my mother and he knew my father before he passed away. So we are as close as two brothers can be, sometimes even closer, without being blood relatives.

“And it’s cool and interesting how in that moment, what I just went through with my own brother passing away, in a lot of ways brought Dave and I closer together. He really rallied around me like the brother I never had, and the brother I don’t have anymore. It says a lot about the bond between us and within the band.

“As much as there’s a lot of big stuff that goes on around MEGADETH, there’s also a lot of closed-door, intimate moments where it’s just the two of us or the four of us alone in a room. Especially before we go onstage, we have this 30-minute lockdown where no one comes in and no one goes out. It’s just the four of us. And I tell you, my brother’s passing brought all four of us in MEGADETH closer together too. And in a weird way, it was kind of a cool gift that my brother gave us on his way out.”