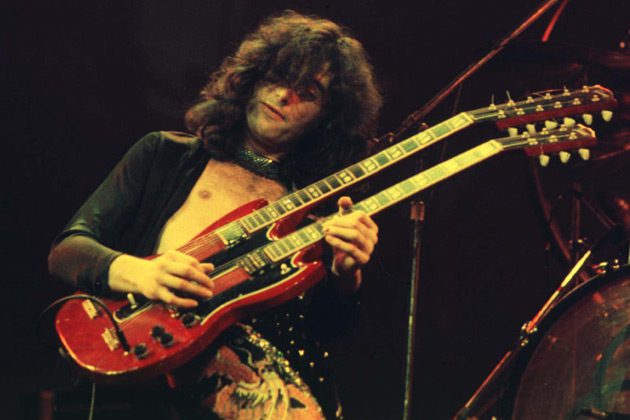 Jimmy Page is keeping busy with the recent publication of his photo biography called “Jimmy Page By Jimmy Page”, and the ongoing LED ZEPPELIN reissue campaign. Page‘s deluxe remastering job on the band’s fourth and fifth albums, 1971’s “Led Zeppelin IV” and “Houses Of The Holy”, is coming on October 28.

The Pulse Of Radio asked Page if while handling the band’s classic masters while upgrading their quality, he was ever tempted to throw them back up on the board and do some minor tweaking to them. “I’m not into re-writing history, I’m just re-presenting,” he said. “All of the music that you hear across the companion disc is all basically mixes from the time. I thought it was essential to have mixes from the time, because you’ve got the mindset, it’s showing the mindset of what’s being done. To go to the multi-tracks and start remixing, then that’s a whole different total ballgame. I wasn’t into that. I really wanted something whereby totally reflected what was going on at that point of time — of the time capsule, if you like, of when these things are being recorded. That’s what the idea was of this.”

The Jimmy Page-remastered editions of “Led Zeppelin IV” and “Houses Of The Holy” will both be released with previously unreleased audio content in a variety of packages — including a limited edition “Super Deluxe” box set.