IN FLAMES’ ANDERS FRIDÉN: ‘I Don’t Aim To Become The Best Singer In The Whole World’ 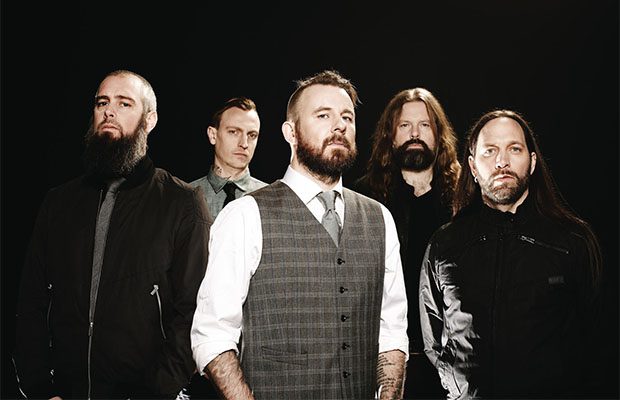 Rockbook magazine conducted an interview with vocalist Anders Fridén of Swedish metallers IN FLAMES when the band played at Barba Negra Music Club in Budapest, Hungary on September 28, You can now watch the chat below.Asked about the changes in his vocal style over the course of the last couple of albums were made “on purpose,” Anders replied: “I mean, everything is for a purpose. It’s not like I have someone forcing me, saying, ‘You have to do this.’ Everything that is on whatever album, if I’m unhappy, I don’t put it out there. But my voice is my instrument. The other guys wanna become better at their instrument. I wanna become better at my instrument. I wanna be able to use it in many different ways, I wanna paint different types of paintings. I don’t wanna [use] same colors, [create] same paintings again and again and again.”When I hear the music that we write, [the songs] talk to me a certain way, and that style came out.”With this album [this year’s ‘Siren Charms’], I couldn’t do anything else… It is right there because it has a meaning, it has a purpose.”

He continued: “I don’t think I’ve changed drastically. I’ve been using more and more melody from album to album. And this one, for sure, is more clean than [it’s] ever been, but it’s still my voice. I think it’s still recognizable. No one will say, ‘Oh, that sounds like…’ blah blah, whatever whatever. It’s, like, ‘I hear it’s Anders.’

Fridén added: “I don’t aim to become the best singer in the whole world, but I feel like I have a unique style that is mine, that I control and I do it the perfect way for me. But if I were to go on ‘American Idol’, or whatever, I would be, like, vote off. They would say, ‘Fuck no! We can’t [listen to] you. You’re out.’ Because they only want people that are perfect, that are great. But, to me, ‘perfect’ and ‘great’ is fucking boring. You need something personal, something that speaks to you, and I think that’s what I’m trying to achieve.”

“Siren Charms” sold around 9,000 copies in the United States in its first week of release to debut at position No. 26 on The Billboard 200 chart. Released in the U.S. on September 9 via Sony/RED, the CD was recorded at Hansa Tonstudios (DAVID BOWIE, DEPECHE MODE, U2) in Berlin, Germany. The cover artwork was created by Blake Armstrong of Space Boy Comics.