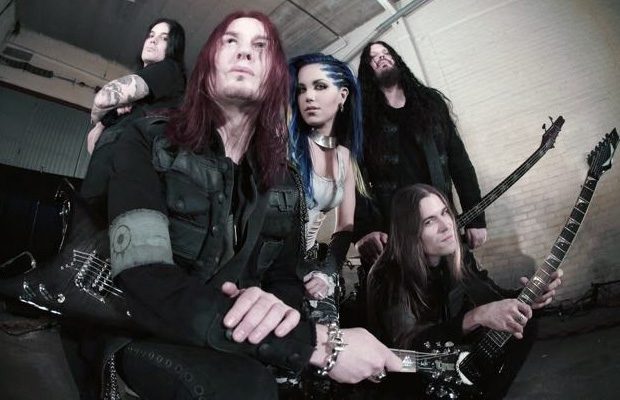 Metal icons ARCH ENEMY are proud to announce that guitar legend Jeff Loomis (ex-Nevermore) will be joining their ranks for their upcoming European tour which kicks off November 26, as well as all future tours in 2015.

”I’m very excited to be playing with Arch Enemy. Michael Amott and I have stayed in contact over the years since we toured together when I was playing in Nevermore. Not only do I admire his guitar playing and songwriting, but I also consider him a close friend. To be able to share the stage with Michael, Sharlee, Daniel and Alissa is something I’m really looking forward to. 2015 is going to be a great year… See you all on tour!”

After a great year of intensive touring in support of their critically acclaimed album, War Eternal, Arch Enemy are parting ways with guitarist Nick Cordle who states: “With War Eternal I believe we wrote an album together which will stand the test of time, and I wish them well for the future.”

USA fans will be able to catch a special reunion as Christopher Amott (the brother of ARCH ENEMY founder/bandleader Michael Amott) has joined the band for the remainder of their American headlining tour.

Michael Amott (guitars) comments: ”We all wish Nick the very best in his new endeavors and we are sure that you will hear much more from him. We’re also super grateful to my brother Christopher for stepping in to finish the current American tour!”

”The prospect of working with Jeff Loomis moving forward is truly awesome! Jeff Loomis is one of the best guitar players in the metal world in my opinion, as well as being a long time friend. I look forward to tearing it up on stages around the world together as we continue on the War Eternal’ touring cycle throughout all next year and beyond!”