Grammy-nominated, chart-topping Richmond, VA based heavy rock band LAMB OF GOD will release their highly-anticipated seventh full-length album, “VII: Sturm und Drang“, this July via Nuclear Blast Entertainment with whom the band signed a record deal for all territories outside of North America.   Markus Staiger, Nuclear Blast owner and founder, enthuses: “What an honour to work with LAMB OF GOD. I’ve always been a big fan of their music and we now get to work with them on their new crushing album!”.

Added LAMB OF GOD drummer Chris Adler: “Finally joining forces with Nuclear Blast Entertainment outside of North America is something LAMB OF GOD is excited to finally see happen. We first met back in 1997 – almost signed then, but have been flirting ever since! It’s now time for a new chapter for us to connecting with our friends and fans overseas, which is long overdue! See you all very soon – with a nasty new album!”

After weeks of hinting at fans about the imminent release, the band is unleashing a brand new track, “Still Echoes“, via www.lamb-of-god.com. Get your first taste of new LAMB OF GOD music since the band’s 2012 Grammy-nominated release, “Resolution”, which debuted at #3 on the US Billboard Top 200, #1 on the US Top Hard Rock and Rock Album charts, and Top Tastemaker Albums charts, #2 on the Canadian albums chart, and #3 on the Australian albums chart.

This first single, “Still Echoes”, will be available via digital retailers and streaming services beginning Monday, May 18th.

LAMB OF GOD frontman Randy Blythe states, “The time has come to give the fans their first taste of the new LAMB OF GOD album. This is a very, very dark, yet sonically highly varied, record. As it’s always good to come out of the gate hard with a fast and aggressive one, we chose this track “Still Echoes” to kick it off. Enjoy/destroy.”

“VII: Sturm Und Drang” (as various CD and vinyl editions, also as exclusive bundle versions) is available for pre-order now via http://smarturl.it/vii-preorder. Make sure to stay tuned for more. 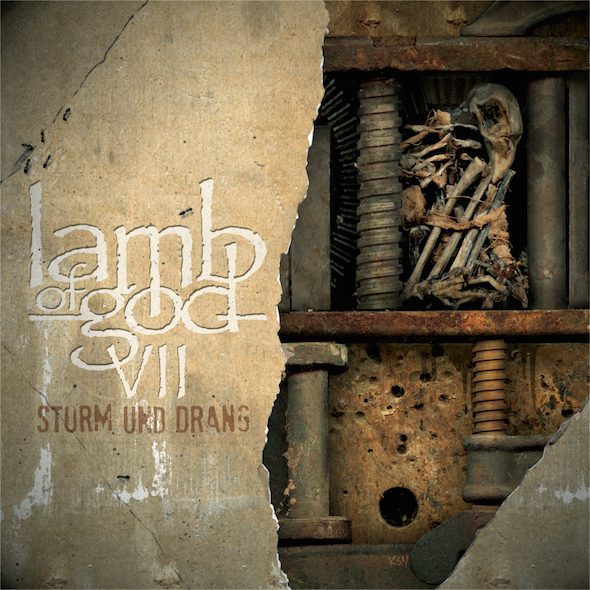