Norwegian black metal titans ANCIENT, who recently signed a global deal with ALPHA OMEGA Management, are set to release their new album “Back To The Land Of The Dead” in February 2016. ANCIENT is featuring Zel (aka Aphazel) on vocals/guitars/keyboards, Dhilorz on guitars/bass and Nick Barker on Drums, and just recently the band announced Ghiulz Borroni, esteemed shredder of extreme metal scene and lead guitarist of the legendary cult band BULLDOZER, to be the band’s live session guitarist.

The frontman Zel comments: “Finally, the album is ready!! The new album of Ancient, Back To The Land Of The Dead, was mastered today by Mika Jussila at Finnvox Studios in Finland. So, the album is 100% ready now. We will launch news about release date, label, teaser, new video, tour dates etc etc. in about 2 weeks from now.”

Mika Jussila, from Finnvox Studios adds: “FU**ING Hell it’s going to be an awesome album! What a Blast! I love this. Have now listened thru all the tracks.”

On the album front cover Zel comments: “The cover shows a hooded figure standing in a passage. He has been away a long time, and is now returning from his journey. The place is crowded with people that are now some kind of “spiritual zombies”, he has come back to the place he was born, to “wake them up”, and he thinks of this place as the “land of the (spiritual) dead “. This is actually what we are doing, in a way.”

The track listing is as follows : 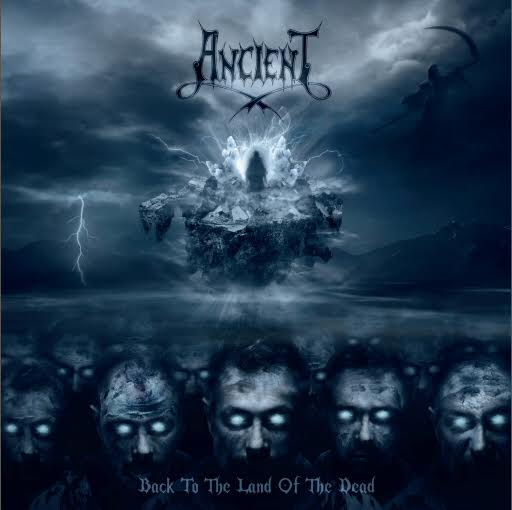