DEVILDRIVER: Release Date Of “Trust No One Revealed

On their forthcoming record the band teamed up with producer and previous collaborator, Mark Lewis (Cannibal Corpse, Coal Chamber, Holy Grail) at Audio Hammer Studios. “Trust No One” features 10 ferocious tracks that snarl and snap their jaws on listeners with an infectious and unrelenting force.

“Trust No One is a vicious record filled with huge grooves and big hooks, guitar bass assery and thundering drums!Lyrically it goes to a realistic space exploring a ton of different emotion and headspaces regarding being human and what it means to exist. The band worked long hours writing as well as in the studio along with our producer to forge Trust No One! I hope you turn it the Fuck up and enjoy this record from start to finish!” – Dez Fafara

“Trust No One is the record that I’ve been wanting to write for 12 years.” – Mike Spreitzer

DEVILDRIVER will kick-off a year long tour in support of Trust No One in April, which will include headlining dates in April and a tour with Hatebreed, The Devil You Know and Act of Defiance that will kick off on the record’s release day, May 13th. General tickets and VIP packages are on sale now athttp://www.devildriver.com/. 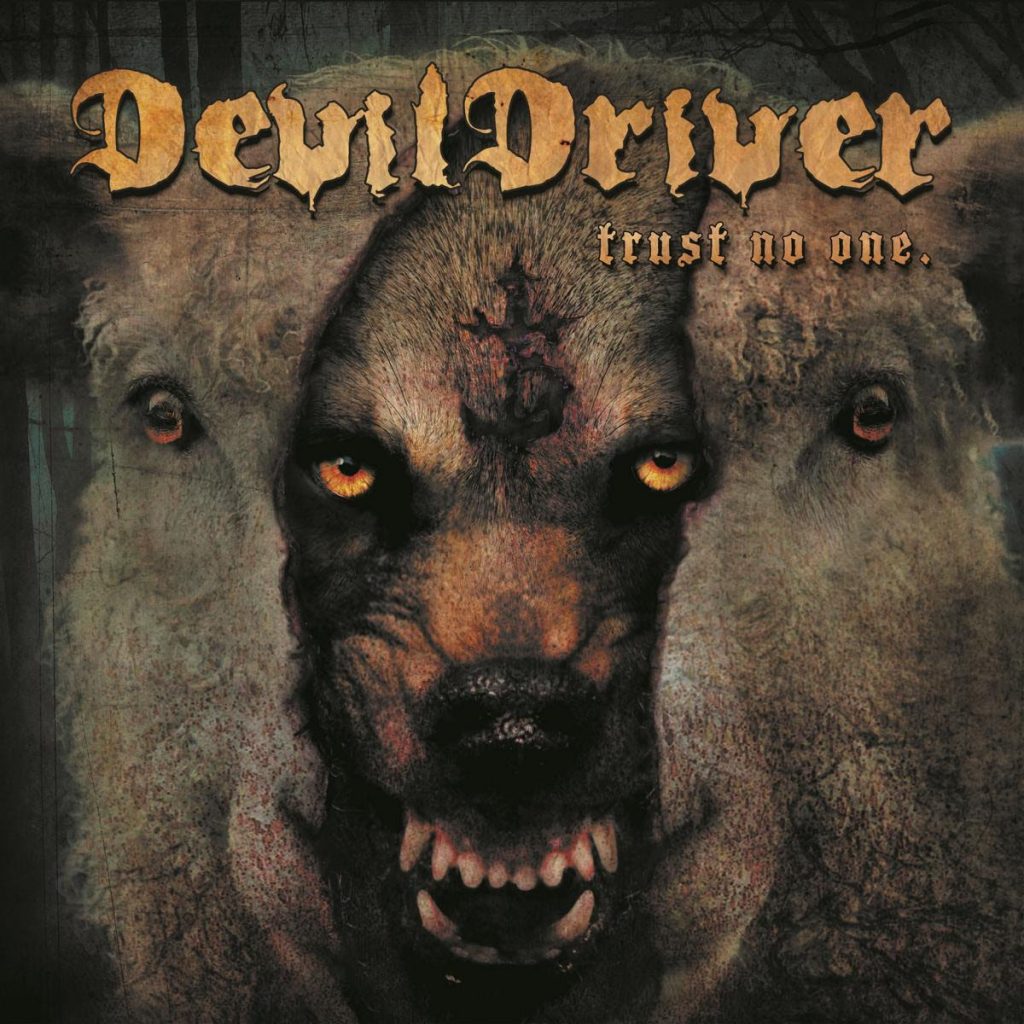