TMZ.com has posted photos of GUNS N’ ROSES frontman Axl Rose and members of AC/DC leaving a rehearsal studio in Atlanta, Georgia on Friday — apparently after rehearsing AC/DC classics for the band’s upcoming shows. Check out the pictures at this location.

A rumor started last this week suggesting Axl will perform as a guest vocalist with AC/DC gained traction after Atlanta Rock 100.5 host Jason Bailey claimed that a “very, very good source” confirmed to him that the collaboration was happening.

The rumor began after AC/DC postponed the last ten shows of its recent North American tour because singer Brian Johnson was in danger of suffering “total hearing loss.” The band promised to make up the gigs, possibly with “guest vocalists.” Rose has been spotted and photographed in Atlanta, where AC/DC is reportedly meeting with potential singers.

Bailey reported: “This is what I’m being told: Axl was meeting with the AC/DC group, because it’s all but a done deal that Axl will front AC/DC for the 10 remaining shows.”

Bailey added that Johnson was “supposed to retire after the last tour,” adding, “They’re in town, they were auditioning people for the job, and then they flew Axl in. Again, this is from my source.”

A press representative for AC/DC responded to the reports that Rose is set to fill in for Johnson as the band’s frontman for the rest of the hard rock outfit’s tour, telling NME: “Nothing official to announce. Will update you if that changes.”

Rose was apparently not in Atlanta on any GUNS N’ ROSES business. That band will make its comeback with original members Rose, Slash and Duff McKagan at six shows next month in California, Las Vegas and Mexico.

There is no word on whether AC/DC intends to permanently replace Johnson, who has been the band’s frontman for 36 years. 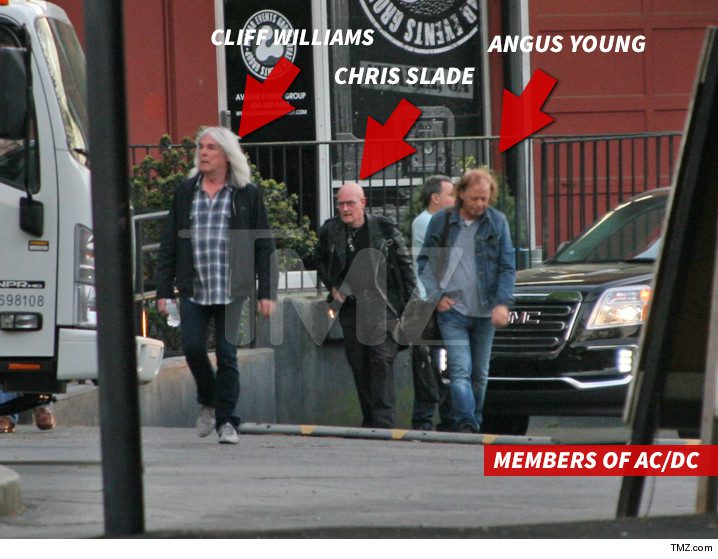 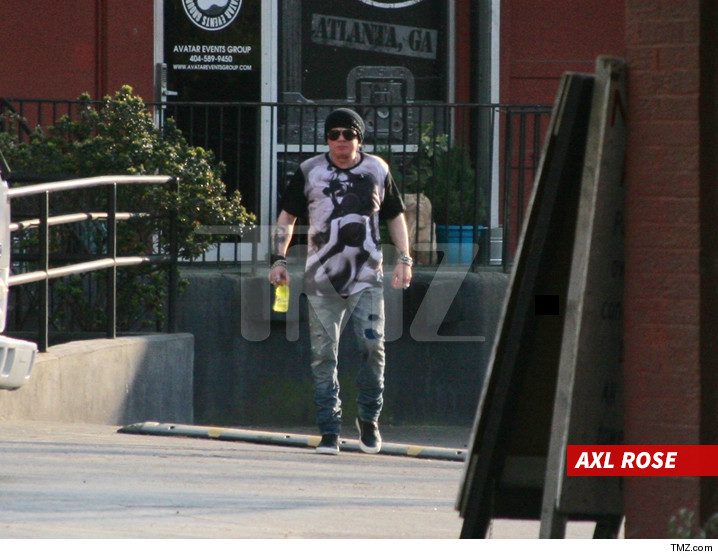