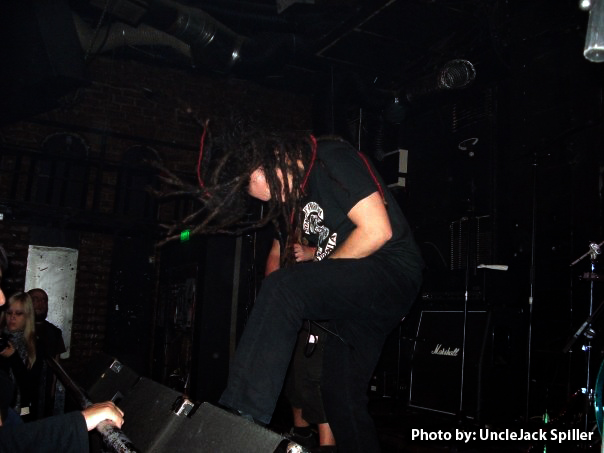 What a great show?! To be honest, I didn’t expect to enjoy it that much… I spent all morning today with my face stuck in front of the computer, watching videos on YouTube from Saturday’s show! I can’t wait to tell you all about it, so I’m going to start right away, but first I’d like to thank publicly UncleJack Spiller for the amazing photos that he agreed to share with Metalpaths.com readers, since I’m silly enough not to take any pictures myself.

Moving on to the show, the first band to get on stage were “Margin of Existence” (www.myspace.com/marginofexistence). I’ve said it before and I’m going to say it again that it’s a shame that the first band is always unfortunate enough to find the crowd so non-supportive… However, despite the response that they didn’t get from the people, they managed to pull off a great show! I loved the vocals and the guitars, but I couldn’t help but notice that the drummer was hardly ever moving! Don’t get me wrong; I don’t mean that his performance lacked in any way. I just got the impression that there wasn’t enough feeling in all this from his side. Performance-wise, “Margin of Existence” were very good and set the ground for what was about to follow… 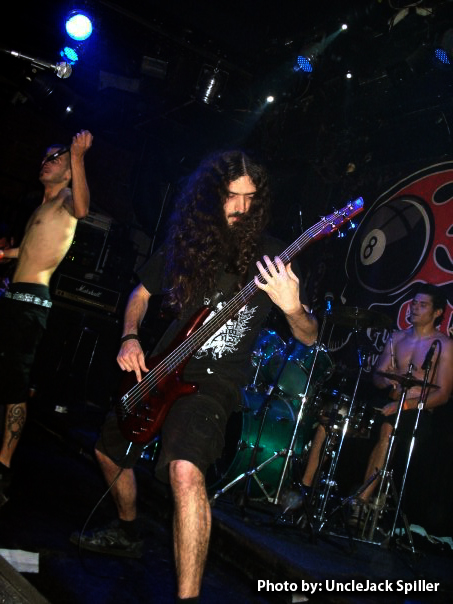 Second came on stage “Human Rejection” (www.myspace.com/humanrejection) and I have to say that they left me absolutely speechless! I’ve never watched them perform live again in the past and this performance made me wonder why… They were absolutely perfect. The people at the show, from the moment “Human Rejection” got on stage, were suddenly active and responsive to what was going on. The set was great and the band’s skills obvious. The tracks were absolutely groovy and heavy and performed in a totally accurate manner. The only thing I didn’t enjoy as much is the high-pitched vocals from time to time, which is something I don’t like in general. Therefore, if you’re ok with that I’m sure you’d have one hell of a time watching these guys on stage!

Finally, “Homo Iratus” (www.myspace.com/homoiratusofficial) were the last band to get on stage. To be honest with you, I never considered myself to be a fan of this band in the past and the reason is ‘cause I never attended a show by them. On Saturday night though I changed my mind completely! These guys belong on stage! One of the first tracks was actually a 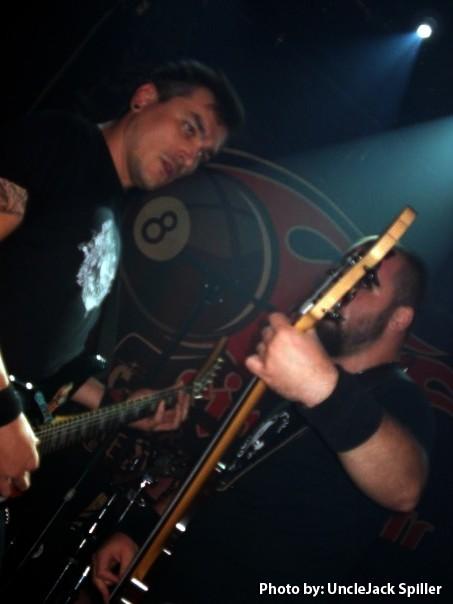 new track, entitled “Impunity”, which was like a total kick in face! Their set included tracks from both “Apocalypse” and “Human Consumes Human”, but also new tracks from their upcoming EP “Truth Conquers All”. Flawless performance, supreme drums, mind-blowing guitar riffs, ultimately upfront lyrics and true professionalism composed a show that I’m afraid I’m not going to give justice to by commenting on it… I have to admit that it was the first time that a Greek band receives so much attention by the crowd and as a friend of mine said to me at the concert: “Homo Iratus are the masters of noise!” and he was correct! I don’t have to tell you what happened when the band announced that the following track would be “Tomahawk Cruise Messiah”… 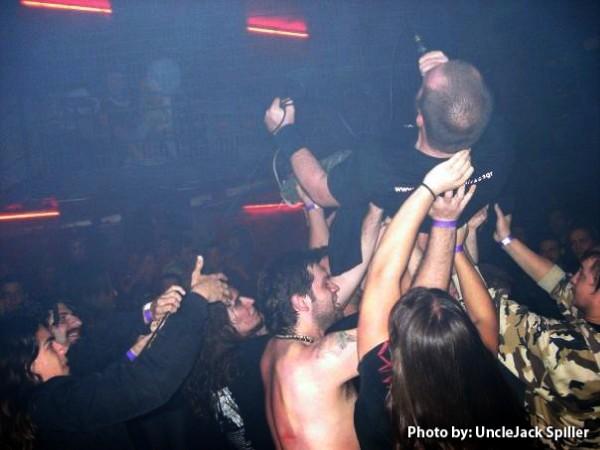 Even though my favorite of their tracks is “The Age of Numbers”, I was not at all disappointed that they didn’t include it in their set list. It was a performance that had a little bit of everything at the desired amount: interaction with the people – especially when at one of their new tracks “Ka Mate”, which is actually a Maori poem celebrating life over death, they asked the people to sing along and every time the band would say “Ka Mate – Ka Mate” the people would continue “Ka Ora – Ka Ora” – mosh pits, stage diving and generally anything you can possibly ask for! I got chills down my spine at the moment that due to the fact that the bass amplifier crashed (!). The bassist and lead vocalist of “Homo Iratus” went off the stage and into the crowd for the last track of the show; it was then that the people carried him through an awesome crowd surf till the end of the show! I don’t think it can get any better than that…

I generally consider myself a severe critic and I’m even more skeptical when it comes to Greek bands, but this was a show that literally blew my brains out!