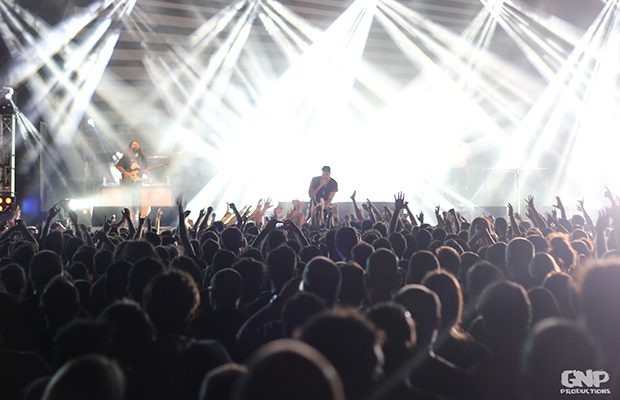 On 23 of June, Plateia Nerou in Faliro, Greece hosted the Heavy by The Sea Festival. People from all over the country came here to meet on stage their favorite bands.

The sun was burning, but nothing stopped the fans, photographers and reporters from being there-many of them hours before the gates 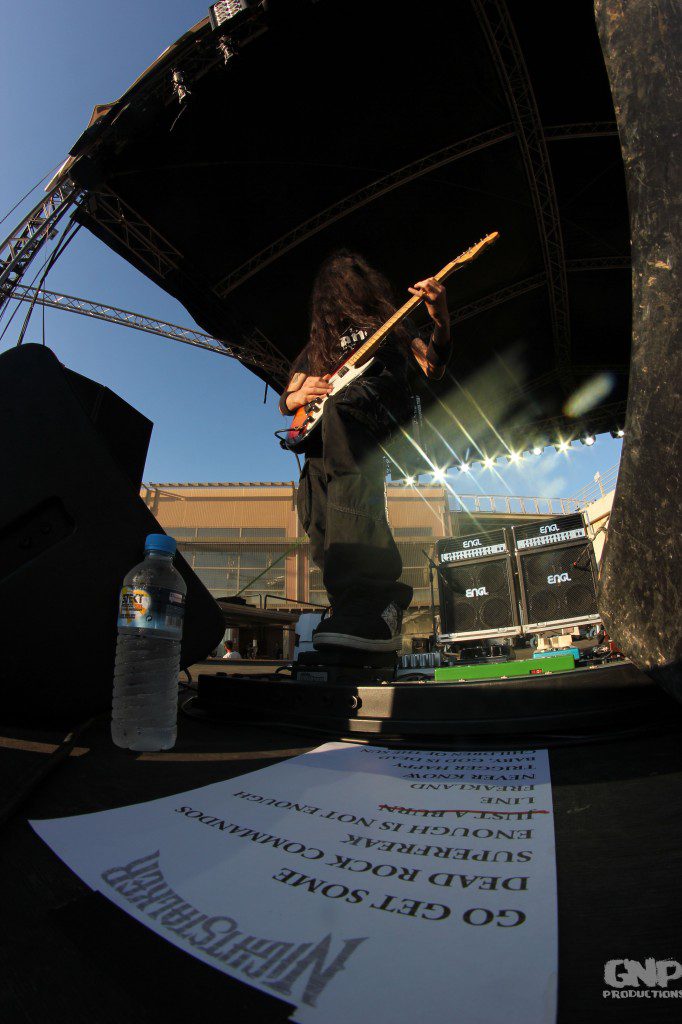 The first band who opened the show was Revenge of The Giant Face, who were chosen from the Red Bull Bedroom Jam. Except some sound problems, their appearance was good and you just couldn’t stand there without doing headbanging.

Tardive Dyskinesia followed, with their progressive music. They played six songs and among them were “Prehistoric Man” and “We, the Cancer”. The crowd was amazed by them, while the heat was still unbearable, and that was very difficult for everybody, especially for the members of the bands. But they really offered us a powerful opening  for the festival.

Sex and violence in Planet Zeus…Again and again… That was the slogan, when Planet of Zeus appeared on stage. The band from Greece has many fans not only here but all over the world. They made us shout, headbang and…dance  to the sounds of “Sky High Hills”, “Burn This City Down”, “Macho Libre” and other songs.

On the Red Stage again, Nightstalker began their show. Greek stoners pleased their fans ‘til the last minute of their show. Argy came up 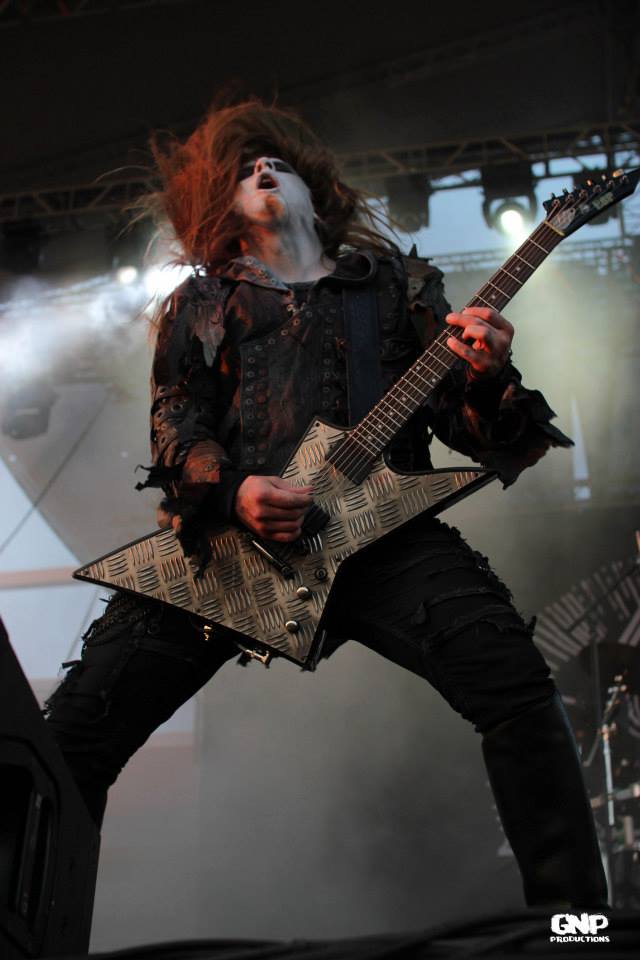 on stage, and gave the sigh to begin the moshpit . Their performance was great, with older songs such as “ Baby God Is Dead” and new, like “Children of The Sun”.

And, finally, at 20:00 Behemoth came on stage….with fire. And amazing show with the Polish metallers took place. Adam “Nergal” Darski know how to give the best of impressions not only through band’s unique appearance, but also through the very good music. The atmosphere was so intense, and everybody was yelling and singing. We have to mention that the reaction of the crowd when “ Ov fire and The Void” started, was so powerful…And this is obvious, ‘cause is one-old but good-of the most famous band’s songs. Adding to that, they played also, many songs from their latest album “The Satanist”, such as “ Blow your Trumpets Gabriel” (opening) and “O Father O satan O Sun” at the end of their show, where they wore masks.

After them, Papa Emeritus and The Nameless Ghouls started playing. And of course even if you weren’t fan of the sound, you just couldn’t left them unnoticed. Their exceptional clothes and the policy of absence of identity are two basic characteristics of the band.  With songs like “ Con Clavi Con Dio”, “ Per Aspera ad Inferi” and “ If you Have Ghosts” the mood that was created was almost religious… with a bit of sin and lust, in a way that only Papa can make it. 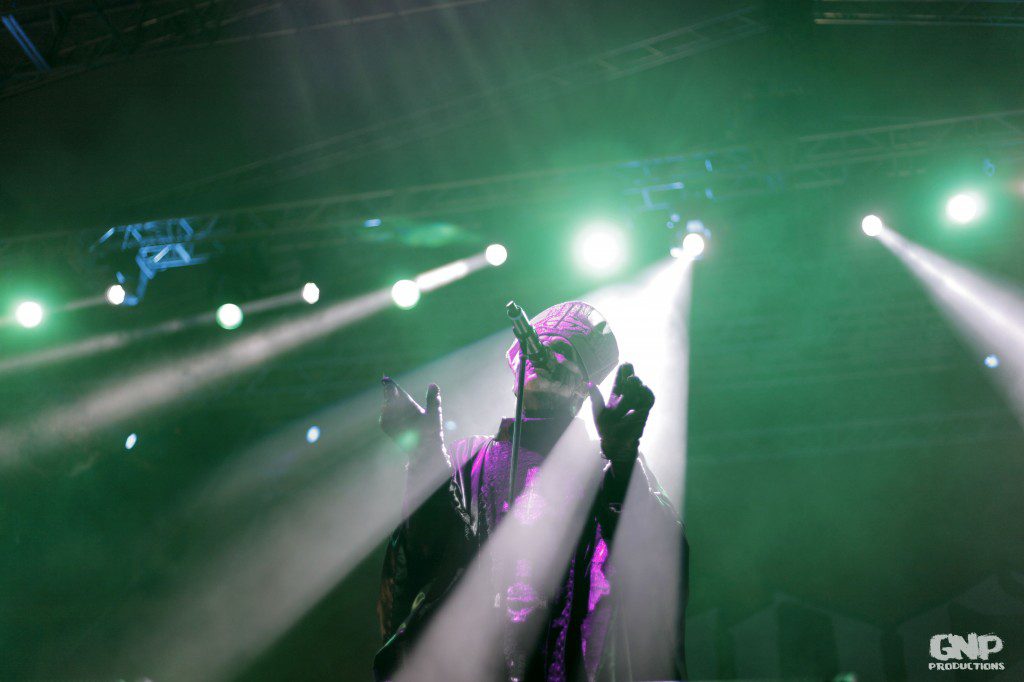 The crowd was crazy and seemed to enjoy the show so much, that the band played in encore two more songs, the famous “Year Zero” and “Monstrance Clock”.

And after blood, satanic rituals, angels and demons was the turn of Deftones to finish the festival with one of the most energetic shows I’ve ever seen. The fans got mad when the music began. Unfortunately , the band performed without Chi Cheng who passed away. They visited our country for the first time in their career 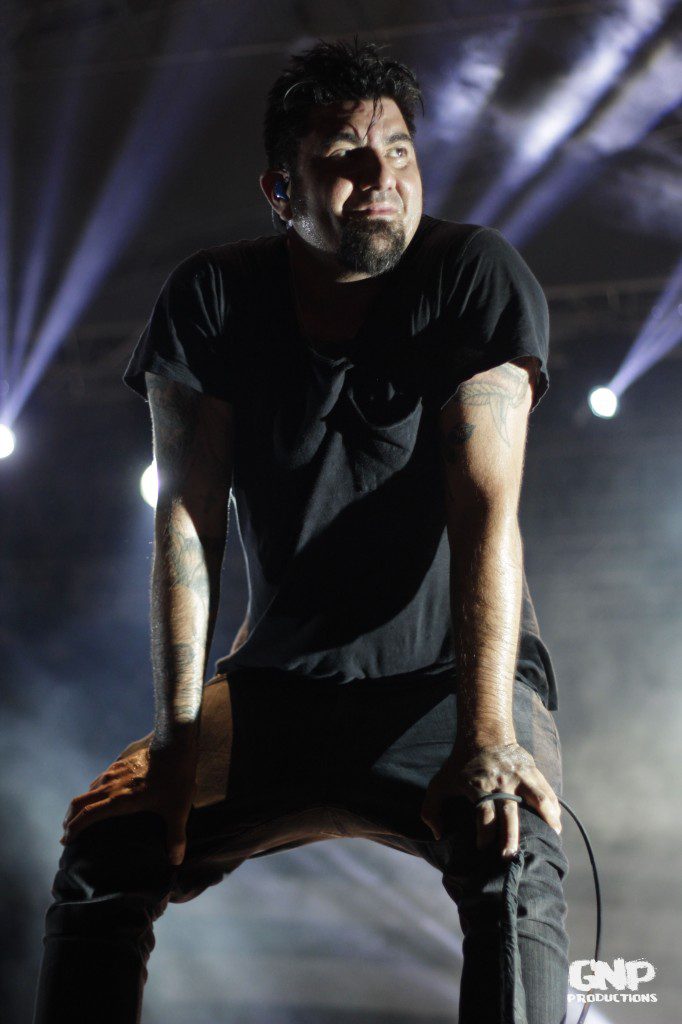 and that’s why every single person was waiting impatiently that day. Their history is notable and have fans of all ages and music genres. Chino Moreno was in frenzy during the whole show.I still can’t forget the moment where he threw his guitar on the floor after a song and kept on jumping like hell. He really had a special communication with the fans and he didn’t hesitate to get down from the stage and come closer to us. The show was opened with “Diamond Eyes”, and continued with many other songs such as “Digital Bath”, “Poltergeist”, “Rosemary” .The encore that followed, included four songs, with the last one being “ 7 Words”.

Not one nor two but six bands shook Faliro that memorable day. No one, in my opinion left the place dissatisfied, and the hot weather was not a burden at all. We are looking forward to see next year other metal bands with the same passion and love for their fans to the great music meeting called Heavy by the Sea.