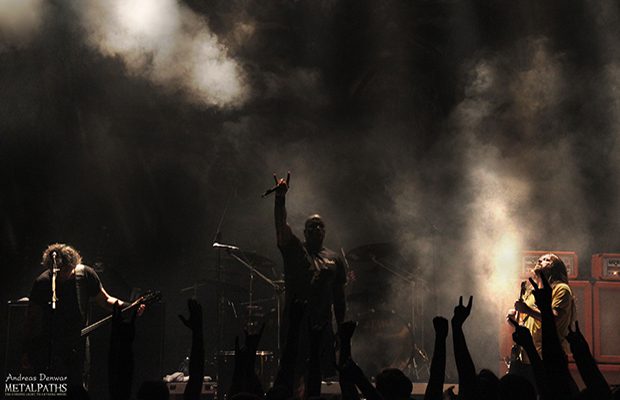 Thursday night leads us to one of the strongest new venues in the center of the city: Stage Volume 1. Ever since it was made some months ago, it hosted live shows from many genres: Power metal (Gamma Ray/Rhapsody Of Fire) Jazz/Blues (The Royal Southern Brotherhood) Greek rock artists (Aggelakas, Ksylina Spathia, Konstantinos Bita) and it’s about to host live shows of H.I.M. and Anathema this August, so a lot of diversity in the events it hosts. But let’s focus on today’s show: Sepultura do Brasil!!

Yes, my fellow Thrashers, Sepultura were not done when Max and then Igor Cavalera left. This 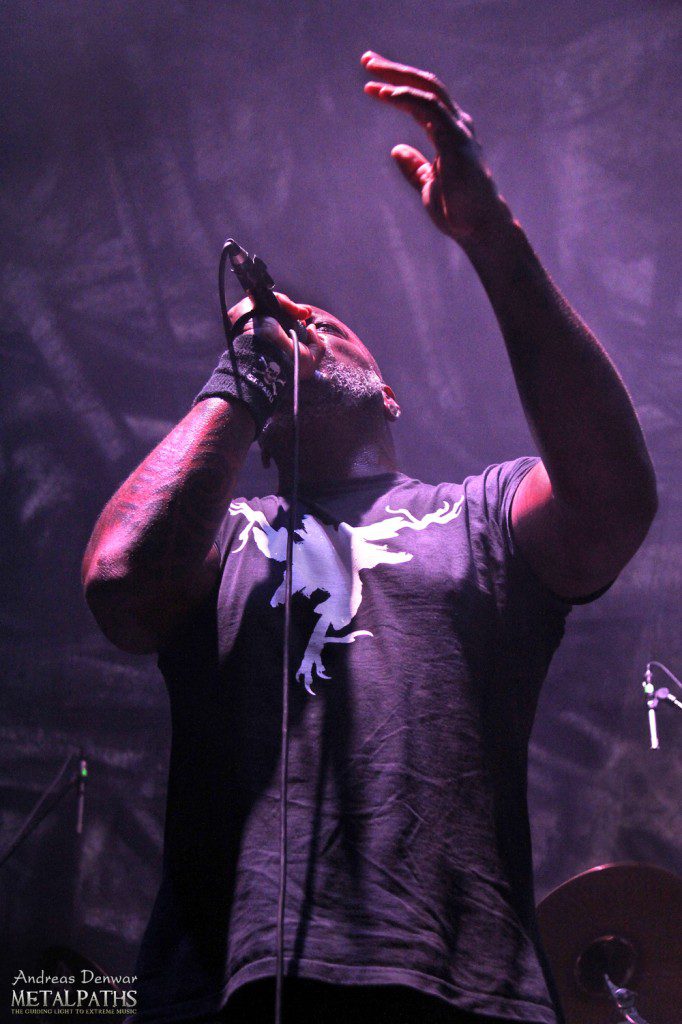 band carries on being built almost from scratch since the first dark days of 1996 to this day of 2014. 18 years of people saying “No Cavalera = No Sepultura” as if the Cavalera brothers were the only contributors to the sound of those Brazilian Thrash gods. So props to Mr. Andreas Kisser for his endless dedication and effort to keep this band high (and one of the writer’s favorites). The tour was for the album “The Mediator Between Head And Hands Must Be The Heart” so a strong part of the set was based around that album (“The Vatican” which was the opener, “Manipulation Of Tragedy”, “Trauma Of War”, “Impending Doom”) that were much enjoyed by the crowd that didn’t jam pack the venue (better, easier for us to mosh!). We were whipped into a greater frenzy with songs off “Chaos AD” (“Biotech Is Godzilla”, “Propaganda”, “Refuse/Resist”) “Roots” (“Ratamahatta”, the timeless classic “Roots Bloody Roots”) “Arise” (the title track dedicated to the Greek Thrash gods Suicidal Angels, “Dead Embryonic Cells”) “Kairos” (the title track and “Spectrum”) “Beneath The Remains” (“Inner Self”) “Dante XXI” (“Convicted In Life”) and a cover of “Da Lama Ao Caos” by Chico Science & Nação Zumbi (don’t ask me, no idea who these guys are but the cover sounded great). I have to say about Derrick Green every time this crazy guy gets better and better. Need we say more about the quiet yet so important Paulo Jr., the natural leader Andreas Kisser and the beast called Eloy Casagrande?

The greatest thing of all is that everybody enjoyed the band without really caring about those things that might have kept some people out of the venue that night. It’s the groove it’s the feeling it’s the energy and for every person (writer included) who 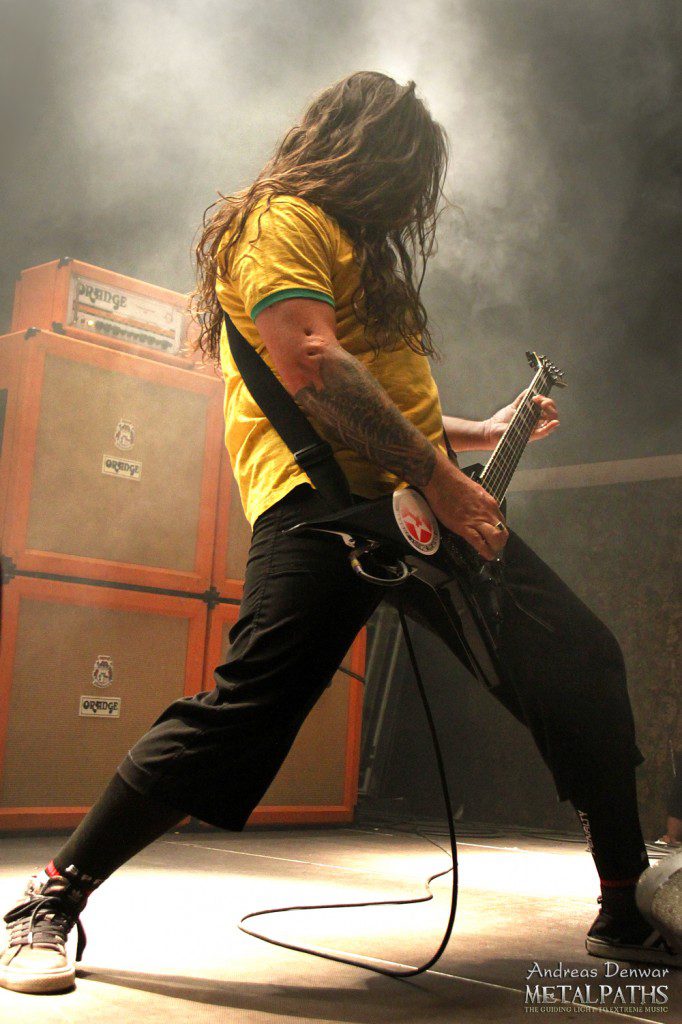 loves Sepultura, it’s the fuckin passion. It’s one of those moments when music speaks much more than the people behind it. And here’s the point where I’ll voice out my view on this: Sepultura don’t you ever make that reunion happen. First things first you’re a solid, alive and creative act touring the world playing everywhere possible and ripping stages apart with new and fresh material every year. Reunite with the Cavaleras for a year or so of old school set in club tours and festivals? That might ease the misery of the “No Cavalera = No Sepultura” audience. But would it be worth it? One thing’s for certain, that doesn’t seem to attract the Sepultura of today, and as Andreas Kisser stated “you cannot change the past you can only learn from the past”. And that’s what he did, rebuilt these legends and may the ones with faith in the band follow them. Until next time, support great venues, support great bands and support the underground. Gracias Sepultura, buenos noches!!

Note: A HUGE thanks and shout out to the crazy 40-year old dude called Andreas who lift me on his own for a crowdsurf on “Biotech Is Godzilla”. You rule man! 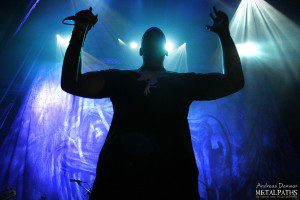 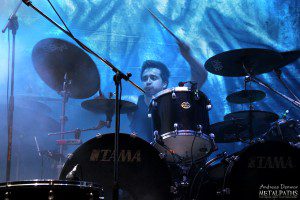 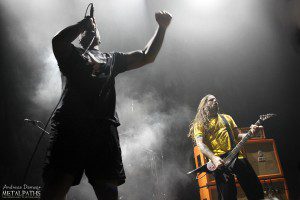 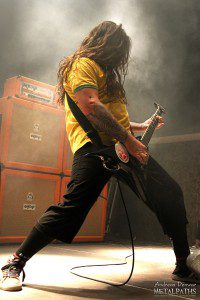 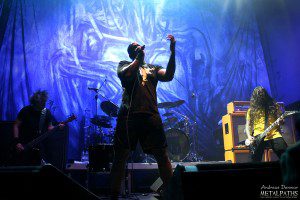 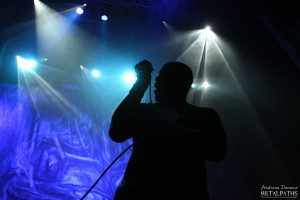 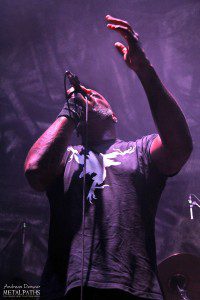 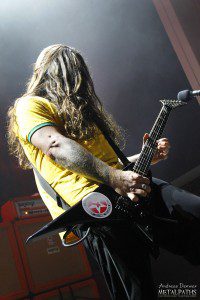 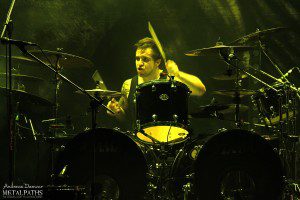 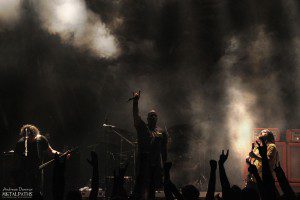 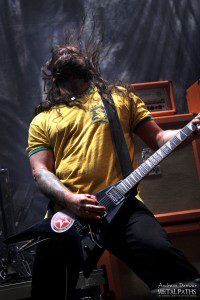 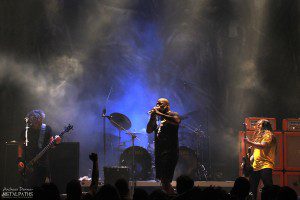 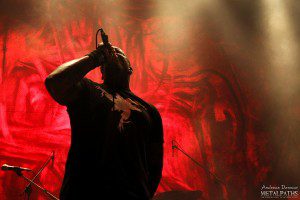 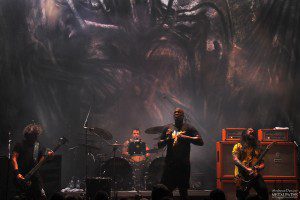 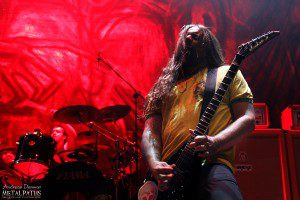 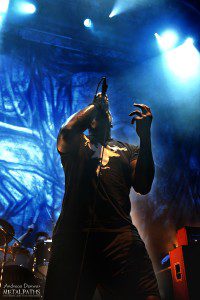 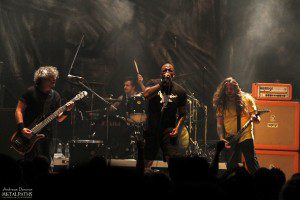 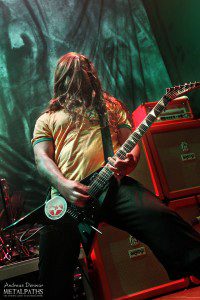