CARCASS’ show in Thessaloniki was one of the most awaited performances in the city, not only because the British is a pretty beloved band to the Greek audience but it was also the first time they would play in Thessaloniki.

Arriving at venue, HEAD CLEANER were already on stage having just begun their setlist. The grindcore/death metal quartet from Thessaloniki was a great choice to open up the show. Focused on their performance, they didn’t miss the touch with the audience, offering a professional show of pure brutality proving that the band is in a really good shape.

Having already sweated with HEAD CLEANER, it was time for CARCASS to hit the stage. The intro “1985” (opening track from “Surgical Steel”) sounds off the speakers while all the lights are on a huge banner in the background of the stage with the cover of “Surgical Steel”. A death metal holocaust was about to begin. 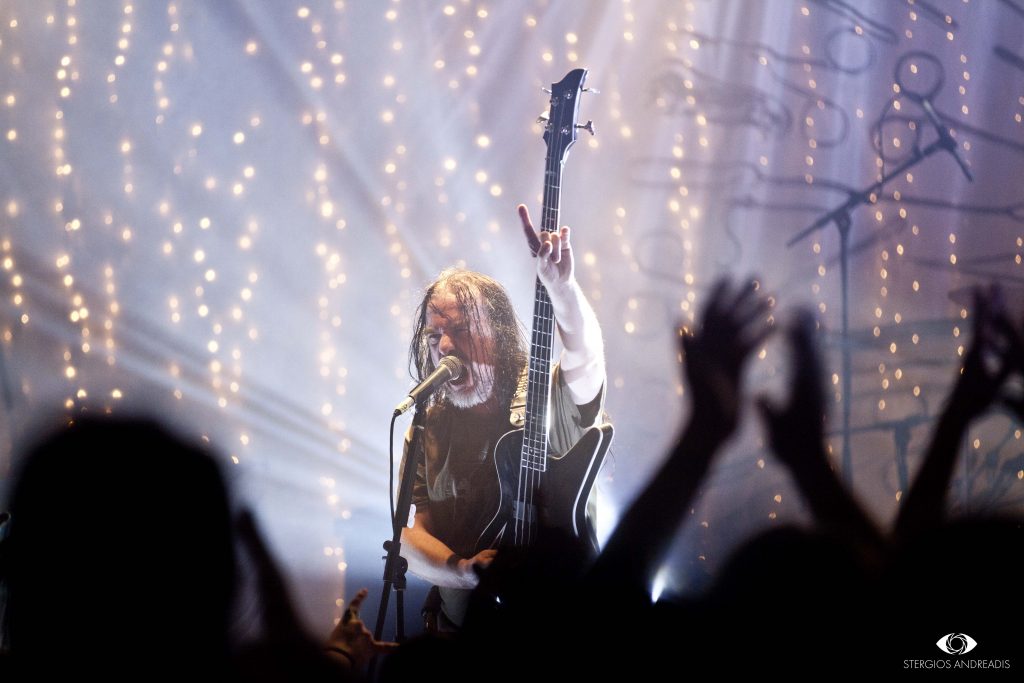 The band appeared on stage with “Buried Dreams” beginning the show in the best possible way with a song from the beloved “Heartwork” album. Being in a great mood from the first minute, it was obvious that the band was enjoying the show as much as we were. Honoring their entire career, their setlist included songs from all their albums; from the older one to the latest release “Surgical Steel”. The sound was solid, the band was furious and I can’t remember a song that didn’t turned into mosh-pit by the fans. 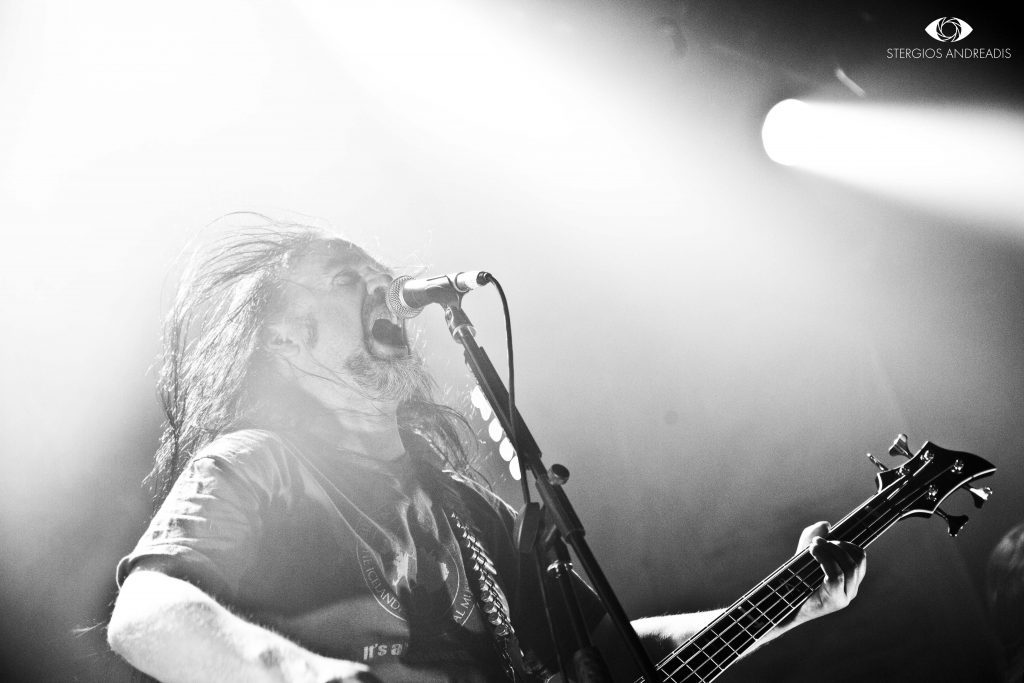 “Incarnated Solvent Abuse” broke our necks, “Black Star” boosted the grooviness for good while on “Keep On Rotting In The Free World” you could look at everyone in air-guitar mode during the main riff and the solo of the song.

The reunited death metal pioneers from Liverpool are going through a second puberty and if that’s something already proven with the release of “Surgical Steel”, it was also proved on stage. The presence of the original members Jeff Waters and Bill Steer overshadowed the two other members but I can’t hide my enthusiasm for drummer Daniel Wilding who was really amazing. Daniel has also been the drummer of HEAVEN SHALL BURN and ABORTED in the past, just to mention! 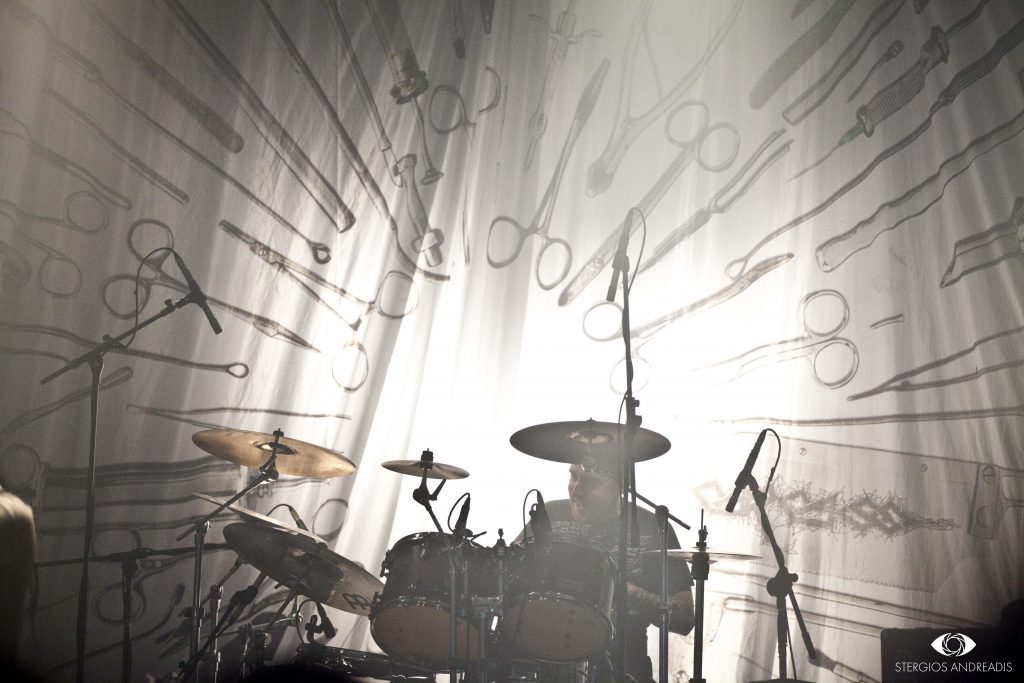 “Corporal Jigsore Quandary” / “Forensic Clinicism, The Sanguine Article” came to destroy everything giving an end to the main set of the show. After that, the band returned on stage for the encore with “Ruptured In Purulence” / “Heartwork” leading us to the final round of mosh-pit. 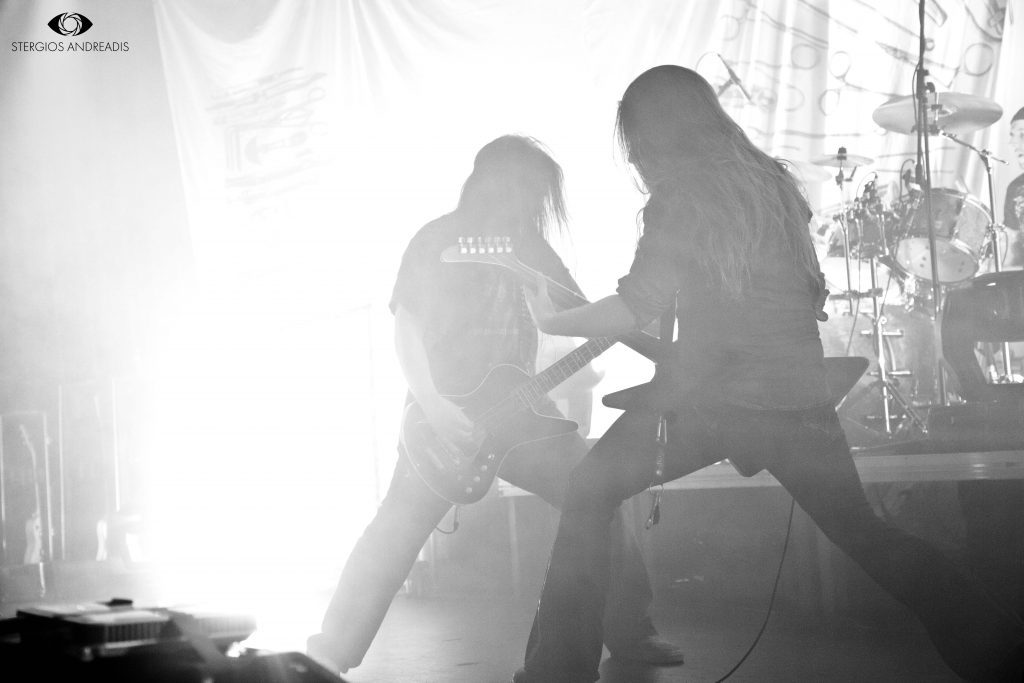 That was all. End of show in almost 1 hour and 5 minutes with a drum solo in between. I can’t hide my disappointment about that. In a concert where the price of the ticket was 28 euro at door, the main show lasted just an hour and something. I guess that bringing CARCASS in Thessaloniki is expensive enough so I can’t blame the host of the show for the price but I was expecting a more lengthy show, and so were the fans I bet. CARCASS should show respect to their fans that – defying the financial problems – paid such an expensive ticket in order to attend their show. None would have complained if the show was longer.

Overall, CARCASS performance might be the best show of the year in Thessaloniki but the issue mentioned above leaves a bitter taste in the end. 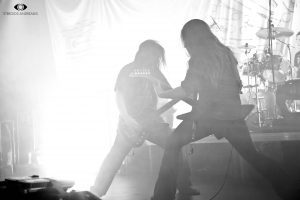 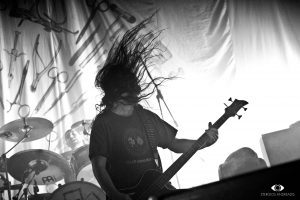 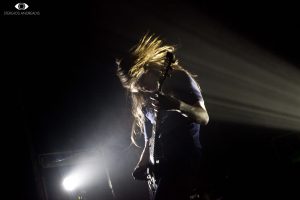 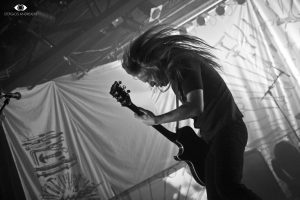 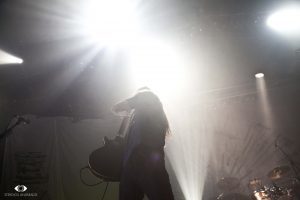 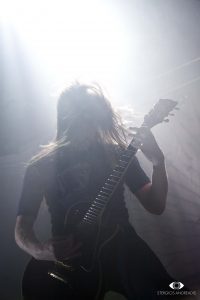 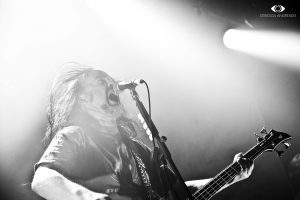 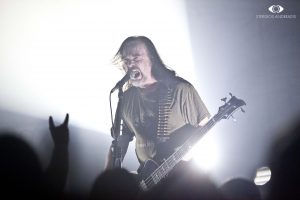 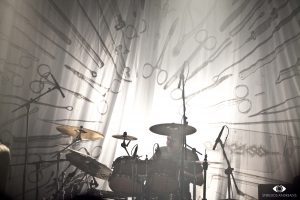 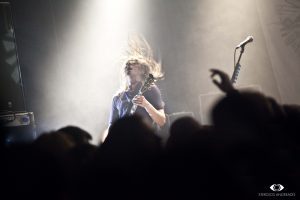 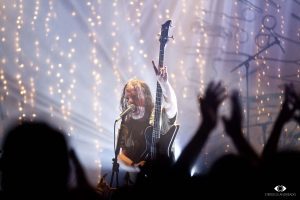