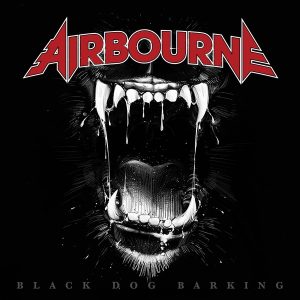 I’m at the beach and i have just finished swimming, so i sit down and start my mp3 player to listen to the latest Airbourne album. Soon I find myself enjoying the music so much that I unconsciously bang my head and air drum to the rhythm. I also have an unceasing will to drink beer. It’s the perfect album to have fun wherever you are with some rock & roll. All you just need is some booze and a stereo.

For those of you that don’t know them, Airbourne is a band that has accomplished to become classic from its first steps. Coming from Australia’s Warrnambool, they were formed back in 2003 and have released the highly acclaimed “Runnin’ Wild” and “No Guts. No Glory.” Their sound can be described as hard rock and are often compared to their compatriots and rock legends AC/DC, which is an obvious observation since they sound a lot like them. They have been nominated in many awards and participated in numerous compilations and soundtracks for movies, videogames, sport games themes etc.

So their third album called “Black Dog Barking” is out and it’s already another classic. Just like that. These guys know well what they’re doing when it comes to music. They don’t want too many things, just a couple of amplifiers, 2 guitars, one bass, one drumset and the undying will to have fun while making music. And they seem to getting well with it since all the songs are proper for having fun with lots of alcohol and the music playing loud as hell.

I can’t ever name a favourite song of the album since all the songs are fantastic. Maybe “Ready To Rock”, “No One Fits Me (Better Than You)”, “Live It Up” which has also a promotional videoclip, “Hungry”. Oh, what the hell? All the songs are awesome. You can hear them all day. These guys have a great of cheering you up with their music.
Not many things to say about these guys when it comes to musical skills. They are all amazing players and have great chemistry so the final result is more that perfect. They know what they want to play so they plug it in and just do it.

The sound of the album is freaking awesome thanks to the producer “Brian Howes” that has made an incredible job in bringing the sound of the past album into a whole new level while keeping the general idea of how Airbourne should sound. The special edition of the album comes with three bonus songs and a bonus CD from their Wacken Open Air 2011 live appearance.

If I close my eyes while listening to this one it’s like I’m in this party with lots of women, dancing, motorbikes and alcohol. If you are in this kind of stuff “Black Dog Barking” is an album for your collection. Australia must be proud.