God Is An Astronaut
Origins 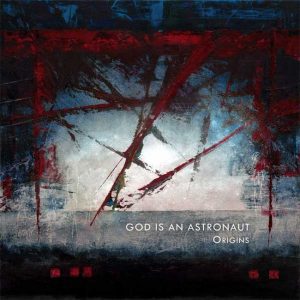 The music industry have been changing constantly in the recent years, trying to fulfill the needs for new and more experimental styles of music. Electronic music, has been accused for destroying the whole analog feeling the music used to have back in the 70’s, as well as being praised for renewing some the music. Exploring music history, we finally understand that the truth is somewhere in the middle. In metal music, lots of bands tried to combine electronic music with metal but they’ve failed in the end to craft something interesting. The Irish band God Is An Astronaut is one of the few bands which combine post-rock/post-metal with electronic music and is worldwide believed to be one of the most important bands of our age. Creating music since 2002, God Is an Astronaut fulfilled the audience’s ambitions for atmospheric post-metal music, with plenty electronic elements. Their recent record, ‘Origins’ proves the previous statement.

Listening to the record, I found myself thinking of one specific music style: trip-hop. ‘Origins’ can be described as a post-rock record as well as an experimental trip-hop one. It can satisfy both metal fans (well, not all of them actually), as well as electro-music lovers. In the meantime, the band manages to keep an identity, which in my opinion one of the most unique ones. For the very first time in band’s history we have vocals introduced in this record. The vocals are distorted with several of effects to fit in with the electronic elements in the record. I enjoyed them and I think they totally surprised me positively.

The record has two sides for me. There are songs of groovy, electronic music and on the other hand there are atmospheric songs, relaxing and easy to listen to. God is an Astronaut created some mind-blowing melodies, which can be memorized easily. Most of the electro-riffs are created through guitars and effect pedals. There is a picture uploaded in the band’s website which shows their guitar gear and I must say, the effect pedals cannot be numbered! ‘Transmissions’ and ‘Spiral Code’ for example, include some awesome guitar riffs. The keyboards are magnificent too. The piano in ‘autumn song’ is a masterpiece for example and it reveals the fact that God is an Astronaut is very talented in creating atmospheric music.

However, the greatness of the songs wouldn’t be achieved without the great combination of drums and bass. The groove of the songs, their basic skeleton is created through that combination. Just listen to the electronic drumming in ‘Exit Dreams’. The band paid attention to the details and to their sound. As a result, we have one of the best records of the year.

I’m not a fan of electronic music myself, but God is an Astronaut managed to satisfy me by creating the most correct mixture of rock elements along with electronic effects. You just can’t stop listening to those melodies and travelling far away with your mind and thoughts!