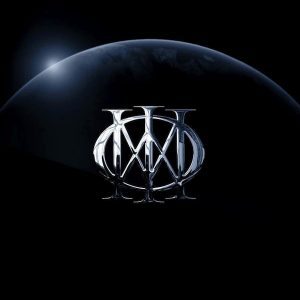 Before you start reading this review I must warn you that Dream Theater is my favourite band of all times and I may not be the best person to write a review for their new album. Nonetheless I think that this will mostly be read by DT fans out there, so if you aren’t one of those you might not be interested in this particular review. It might also not be a classic review rather than a point of view of whatever Dream Theater stands for me and how i see things around the band. So fasten your seatbelts.

From the day Mike Portnoy left the band back in 2010 and Dream Theater released “A Dramatic Turn Of Events” in September 13th of 2011 many have said that Dream Theater feel more confident and sound more fresh than ever. Or that they are at last free from the “dictator” Mike Portnoy and stuff like that and you can hear this “freedom” in their music. That’s not exactly true and the reason is simple. Dream Theater has been evolving since day one in the music industry. From “When Dream And Day Unite” till their latest Dream Theater you can listen to new things in every single album blended well with some elements from past works.

Since “Metropolis Part 2” they are constantly writing-recording-touring and kind of created a way of writing music and every new release is a step forward. Their fan base is rapidly increasing from album to album and fans seem to love everything they write. Some even point out that their favourite album comes from their latest music and not the classic ones like “Awake”. It’s like everything they do becomes classic immediately. Even people that hated them in the past are finally recognising their hard work.

Some say that they lost the inspiration. Well, if you expect from Dream Theater, a band that has over 25 years of musical carreer, to rewrite history by releasing a new “Images And Words”, I think you might be disappointed. A lot! If you are searching for something more ground breaking, you should listen more to new bands like Circus Maximus, Haken etc. Even though I can’t say that this is impossible for Dream Theater because they kinda achieve that with every new release. They haven’t released a bad album yet; in fact they are continuously surprising their fans by writing great music in ways that at times I wonder myself what could they possibly write, that they haven’t played yet.

Such was my reaction for their latest release too. From the moment they released the first single “The Enemy Inside” I knew that something good was on its way. Heavy, prog with deep lyrics, it was a typical Dream Theater song. My thoughts where confirmed when they released the second single “Along For The Ride”, a song that shows the emotional side of DT, truly magical like the whole album, as i discovered later. I have lost the count on how many times I heard the album after it was uploaded for streaming but I’m pretty sure that it has exceeded 100 times.

They’ve written also two instrumental songs after a long time, an intro called “False Awakening Suite” (that will also be the intro to their shows) and the extravagant “Enigma Machine”. “The Looking Glass” is kind of a Rush tribute and they also have a 22 minute opus as always called “Illumination Theory”. I think that there’s no reason in analysing the songs, so If you haven’t heard the album yet, do it now. The songs speak for themselves.

I’ve always been a fan of Mike Portnoy but I also simply adore everything Dream Theater do. I have to say that Mike Mangini does his job well even though I would prefer him to be more “active” in the band. John Myung is one of the best bass players out there and he once again magnifies the compositions with his enormous playing. John Petrucci after all these years still gives me the chills with every note he plays and Jordan Rudess is from another planet. Last but not least, James LaBrie that has surprised me with his performance in both Dream Theater and solo album.

As I said in the beginning, I’m not the best person to judge Dream Theater but I did find something bad in the album and that was cover that I think it’s a little indifferent. I waited for something with more “hidden messages” as DT always did in past albums. In any other perspective, the album is perfect to me as always, and that’s my humble opinion. The best way to find out if Dream Theater’s new album fits your ears is by simply listening to it. Do a search on the internet for the free streaming link to the whole album and enjoy.