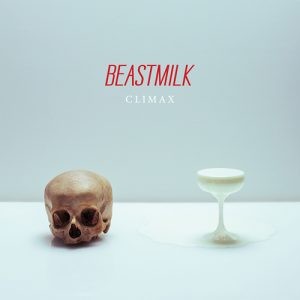 Remember when there was a time for bands to release a debut record and totally become a major success? Well, we haven’t seen something close to that since the eighties or the nineties. The natural progress for a band is to gain fans and fame throughout some releases and tours. However, Beastmilk, rise to break this rule, and the band’s debut record, “Climax“, is the record everyone talks about these days.

Beastmilk comes from Finland. The band has embraced the sound of gothic rock or post punk of the nineties and the eighties, totally reminding bands as Sisters of Mercy, Fields of Nephilim as well as Killing Joke. The band themselves and the global music press describes the band’s music as death rock. No matter how we label Beastmilk, the sound they have created and “Climax’s” influence has not been created since two decades ago. Hardcore fans may disagree with the vintage look back Beasmilk and many other bands tend to fancy, but in my opinion, a band sounding like Beastmilk is renewing and as fresh as a modern sounding band. Music’s timeline as it is noticeable isn’t like history’s or technology’s. Setbacks do not exist, only bands influencing bands, music influencing persons.

Getting back to “Climax“, the record consists of hits and only hits. It is an addictive one. Catchy music and catchy vocal lines. The songs heavily remind me of Sisters of Mercy or The Cure’s punk influenced early years. Kvohst’s voice and English accent totally bonded with the dark and deep sound of Beastmilk, is a strong ace in the sleeve of the band. While listening to the album, the vocals are the first thing for someone to notice and admire. Then, the next thing to notice is the guitars and the old-school, vintage sound. Sometimes distorted, sometimes clean and delayed, the melodies hunt, becoming an ethereal majesty. The riffs of ‘The Wind Blows Through Their Skulls’ or ‘Surf the Apocalypse’ for example can never be erased from the memory of the listener, and the whole record was replaying in my head for days.

The record is produced by Kurt Ballou. Kurt is the guitarist of Converge and he did an excellent work, dealing with ‘Climax’ and Beastmilk generally. The lyrics are referring to love or destruction, death or social disorder sang under the dancing lullabies of Beastmilk’s overwhelming sounds. With ‘Genocidal Crush’ to be the peak and the best moment of ‘Climax’, along with ‘Strange Attractors’ and ‘Death Reflects Us’,  the debut of Beastmilk makes us only to demand another record as soon as possible.

For those who have not listened to ‘Climax’ until now, I totally recommend them to listen to English post-punk history, along with the gothic rock of the past decades. Then they will be able to lose themselves into the void of the record, never wanting to come out. Beastmilk will have to struggle to compose something better than their debut record, but I tend to believe that they will achieve it.