“Iowa” is the second full length album of SLIPKNOT. It was originally to be released on June 19th, 2001, after it had been preceded by a mini tour to promote. However, the mixing of the album took a little extra time, and so it was released on August 28, 2001 by Roadrunner Records. The production was taken over by the band in collaboration with Ross Robinson, who was engaged in the production of their homonymous debut in 1999.

Theoretically, “Iowa” is the third album of SLIPKNOT. But they themselves have “renounced” the typically first “Mate. Feed. Kill. Repeat.” (1996), regarding it as a demo, since the radical changes in musical and sound level but also because of the changes in the line-up that followed this release.

In any case, one thing is certain. “Iowa” is the most hard-driven album ever released by SLIPKNOT. It is not simply characterized as heavy, violent, angry or emotionally charged. It’s all these together and even in superlatives forms reflecting exactly how difficult, hard, angry and emotionally charged was the band at that period. 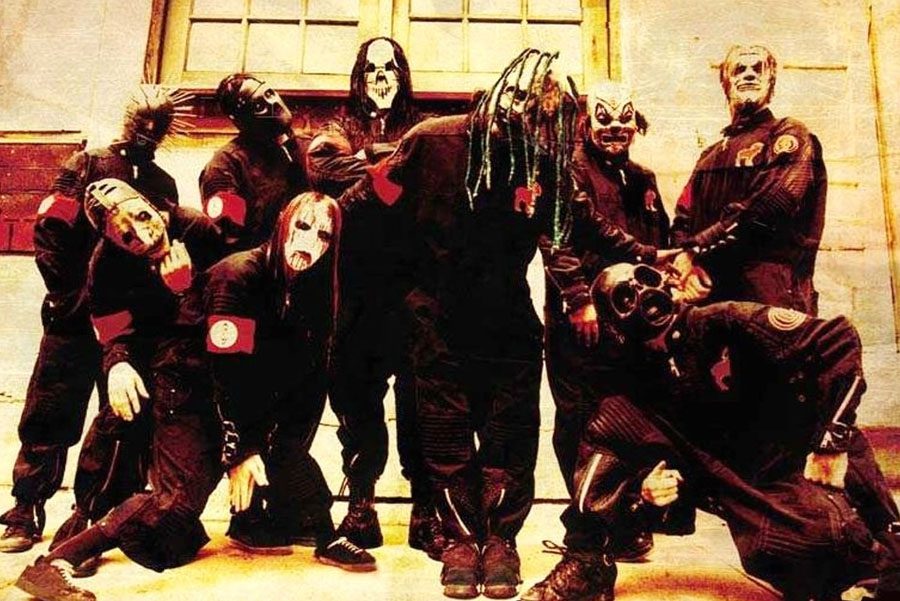 In musical level, SLIPKNOT maintain (and perhaps refine) in this record a sound which (in today’s words) is characterized as a hybrid. They achieve a special mix between death metal and nu metal. To this, add Chris Fehn’s custom percussion, as well as Craig Jones’ and Sid Wilson’s samples, and you will find that the album has no “vacuum”. And essentially, this is a success of SLIPKNOT that with so many instruments and “instruments”, nowhere are the sounds wrongly drowned. The points where the band wants to “drown” the listeners are, obviously, excluded.

The recording and mixing of the album, was done at renowned Sound City and Sound Image studios in Los Angeles. It is the first time that guitarist Jim Root plays all the tracks on the side of Mick Thompson, while from this record and on, the nine member line-up is stabilized. Drummer Joey Jordison and bassist Paul Gray had already started working on new material for the album since October 2000 and together they wrote a large part of the compositions. At the same time, the rest of the band wanted to rest a while, after extensive touring following the release of Slipknot. But the pressure for new album was suffocating, so SLIPKNOT entered the studio on January 17, 2001. 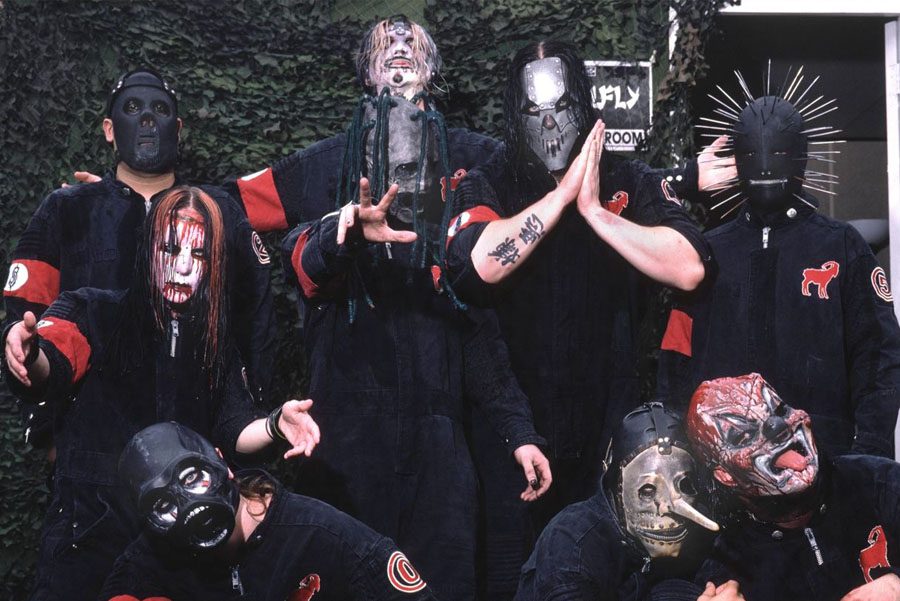 Naturally, all this pressure had a serious impact in the group. Combined with fatigue and addictions to alcohol and drugs, a war atmosphere was created in the studio, while there were some extreme behaviour. A typical example is the case of Corey Taylor during the recording of the vocal parts for the title track. The singer was recording naked and vomiting everywhere, while cutting himself with broken glasses.

A related concern was for the title of the album. One of the ideas was to be named “Nine Men, One Mission”. But ultimately selected the title “Iowa”, inspired by the eponymous US state, from which they originate and in which they live even today. For those that Iowa is the beginning and the end and this is shown both by the title track that closes the album, and by the introductory “515” referred to the phone code of the central region of the state.

The lyrics of the songs were entirely written by Corey Taylor and are inspired primarily by his personal experiences but also from adverse situations the band experienced at the time. The emotion, anger and misanthropy are the goal, while the toughest language that we have ever seen and heard from SLIPKNOT, is found in this album.

After “515” and the repeated “Death!” screams, amid “noise” from the feedback of the amplifiers (with the relative processing), comes “People = Shit” to welcome us to the new work of the band (“Here we go again motherfucker“). The nihilistic verses describe the gloomiest picture of the state in which the band was at that time.

“Disasterpiece” has reference to the school years of Taylor and talks about a victim of school bullying, which erupts in the most violent manner (“I want to slit your throat and fuck the wound“) and at the end he stays dead inside (“Take a look, inside, my soul is missing“). In “My Plague”, Taylor expresses his indignation for all those who, not having their own personality, copy and exploit others to impress.

“Everything Ends” that follows, is again inspired by personal experiences of Taylor. It refers to a couple’s relationship, which got very ugly. After infidelity by the woman, the man is collapsing psychologically and reaches the point of suicide.

In “Heretic Anthem”, Taylor and the rest of SLIPKNOT raise their stature in the music industry and compromised pop stars, yelling and screaming that they would never become what others are pushing them to be. Then comes the evocative “Gently”, which talks about the human need to escape for a while from the brutal reality (possibly using drugs or alcohol).

“Left Behind” refers to abandonment, and to the people “left behind.” By their parents, friends and the world in general. Taylor himself has said that these lyrics were written during the worst period of his life, while he was homeless, and he felt like giving up more strongly than ever.

Immediately after, follows “The Shape”. The title refers to Taylor’s life in general, who then tries to separate himself from how it has been “formed”. The result being, he is increasingly losing his way, until he ends up with a corrupted life (“I do not want to do this anymore. Everything’s shit, everything’s been taken / See the shape – broken and thrown away“)

In “I Am Hated”, SLIPKNOT are messing with those who criticize them without actually understanding them. They defend once more what they do, regardless of whether they are liked or not, throwing back the puns at those artists who will tolerate any exploitation for money and glory.

In “Skin Ticket” comes the turn of “Iowa”, and life there, getting targeted by SLIPKNOT. The opening verse “Zero and zero is nothing but zero” indicates that this region is in the middle of nowhere. A place from which they vainly try to get out and all that keeps them alive is the support of their fans. 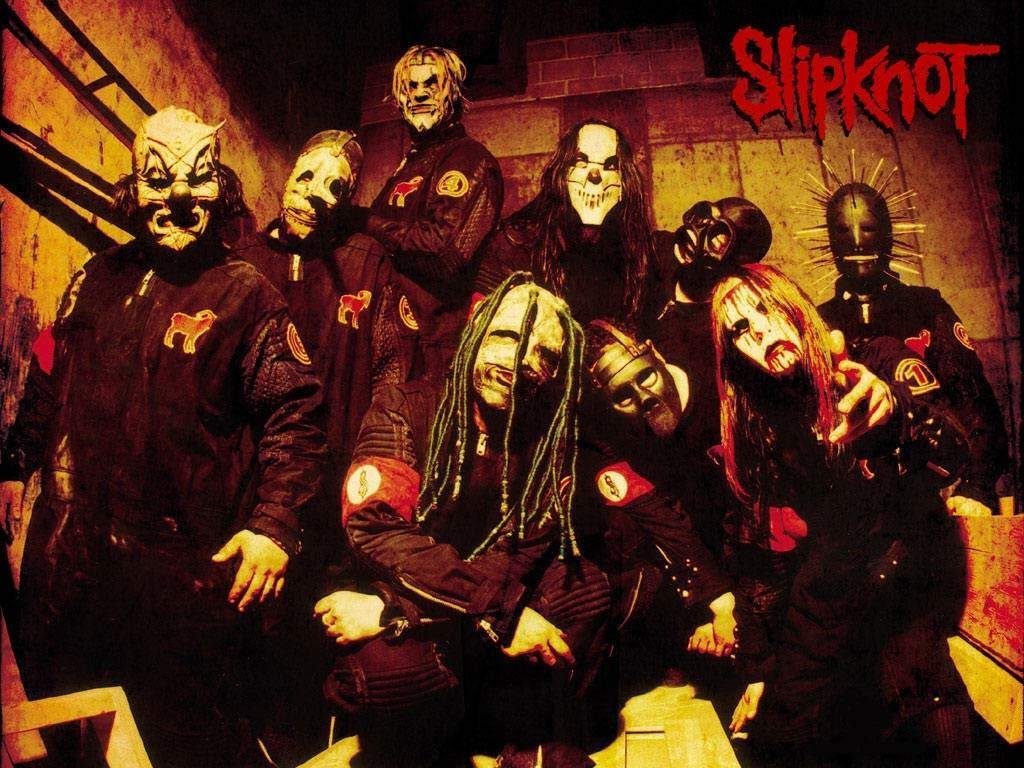 “New Abortion” that follows, is aimed at young people who have to stay united in order to survive and withstand the ferocity of the world of “grown-ups”, and that it is time to get them in control. “Metabolic” is the continuation of “Diluted” from the debut of the band. It refers to Taylor’s father, whom he met for the first time at his 30’s, and who he never actually knew.

The album closes with the title track, “Iowa”. Despite its title, the piece has no other reference in the region. The song is a remake of “Killers Are Quiet” from “Mate. Feed. Kill. Repeat.”, with new lyrics. It talks about a serial killer who kills women and transforms the corpses by making them look like baby dolls.

This album (like almost all of SLIPKNOT’s albums) came close to break them as a band. On a personal level, it dissolved them in many different ways. G.G. Allin got himself hurt in the scene for shock value. Taylor got himself hurt in the studio to remember how he felt when he lived what he sings about here. The remaining eight of the band, took to make the relevant soundtrack. The album shocked, is shocking and will continue to shock. Especially if we don’t see any new material from SLIPKNOT…