“Non Serviam” is the second full length album of ROTTING CHRIST. Released in October 1994 by Unisound Records, a year after the band’s debut, “Thy Mighty Contract”. The title phrase in Latin means “I will not serve,” and is attributed to Lucifer, who in the Bible refused his allegiance to God. At the time the band’s line-up consisted of: Necromayhem (Sakis Tolis) on guitars and vocals, Jim Mutilator (Dimitris Patsouris) on bass, Magus Wampyr Daoloth (George Zacharopoulos) on keyboards and Sauron (Themis Tolis) on drums. Dimitris Patsouris has written the lyrics of the album, while Sakis Tolis has written the music. 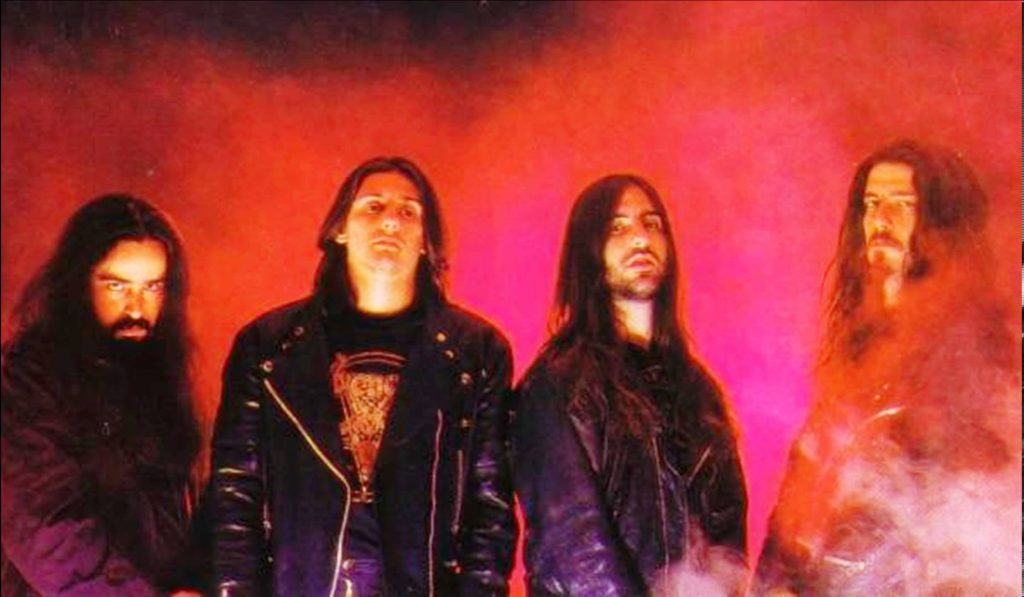 Continuing to develop the band’s sound, in their second album ROTTING CHRIST went a bit off of the frantic pace of the debut, giving us a good idea of ​​what will follow in the future. The classic blastbeats were quite limited, with much more emphasis on the heavy riffs and keyboards’ atmospheres. While “The Fifth Illusion” opens the disc with a train-riff accompanied by a flattening blastbeat, the speeds fall and become more atmospheric, with an outro much like the intro.

“Wolfera The Chacal” that follows has a doom metal approach, which we find also in “Morality Of A Dark Age”. We indeed can find high speeds. We find them in “Mephesis Of Black Crystal”, “Ice Shaped God” and “Where Mortals Have No Pride”, reminiscent of something from “Thy Mighty Contract”.

But the space is dominated by more mid tempo compositions on top of all the iconic self-titled “Non Serviam”. The piece begins with a completely simple rhythm on drums, and with a muted riff accompanied by Zacharopoulos’ keys. Tolis gives one of his best performances on the album, screaming furiously the song’s lyrics. Along the way the pace changes and gets a classic train-riff accompanied by double bass drum. But not for long, as a very clever break follows. The climax comes in the interlude with atmospheric keyboards coming to the fore and Tolis reciting verses in Latin, before the track turns to its original riff to close as started.

The LP’s only blemish one could say is the dull production, bringing the drums (which in essence is a drum machine) well ahead, covering largely the other instruments, while the bass is so in the back almost inaudible. Sakis Tolis has said at times in interviews that it was produced hastily in order to speed up the release, even claiming that it is one of the weakest albums of the band.

But the public opinion is completely opposite. Despite the bad production and almost no promotion from the, at the time, record company of the band, the album had and still has enormous resonance, with the few pieces of the first edition to be hard-to-find, and the vinyl version is considered today as collectible and extremely rare.

“Non Serviam” is a milestone in the history of Greek (and international) black metal scene, being one of the first albums of the genre that it contains virtually no elements from the Norwegian scene that prevailed at the time. But for the band themselves, it is perhaps the most important moment as this album shook above them the sign of underground and became one of the first Greek bands with international recognition.