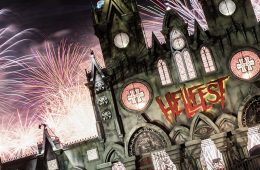 Panagiotis KaragiannidisNovember 30, 2016
HELLFEST officially anounced the line up of festival's 2017 edition which is going to take place as always in Clisson, Frace on June 16, 17 and 18. DEEP PURP...
00 min read 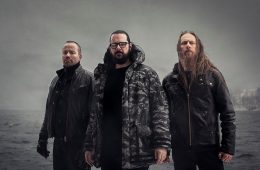 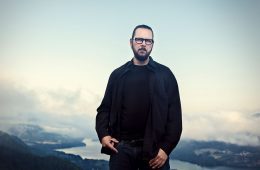 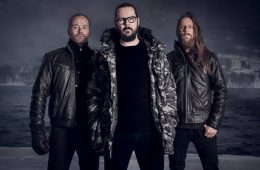 Manos SpanosFebruary 9, 2014
Norwegian black metallers EMPEROR will celebrate the 20th anniversary of their "In The Nightside Eclipse" album by making a number of festival appearances this year. In addition to performing at Germany's Wacken Open Air and Sweden's Sweden Rock Festival, the band will headline the 2014 edition of the the Bloodstock Open Air festival, set to take place in August at Catton Hall, Walton-On-Trent, West Midlands, United Kingdom. EMPEROR members Ihsahn (real name: Vegard Sverre Tveitan) and Samoth (real name: Tomas Haugen) will be joined by Bård Guldvik "Faust" Eithun on drums, and they will perform the CD in its entirety. There will be no new studio album or a worldwide tour — only a few exclusive festival appearances this year to mark the celebration of this landmark release. The first photo of the 2014 lineup of EMPEROR has now been released and can be seen above. (Photo credit: Bjørn Tore Moen) In a 2013 interview with Exclaim.ca, Ihsahn was asked, aside from the 20th anniversary of the "In The Nightside Eclipse" record, there was anything else that pushed him to make this moment the moment that EMPEROR played some songs again. "It's a celebration of 'In The Nightside Eclipse'," he replied. "We knew we would be playing that album and material from that era. That's it, really. That's my terms for doing it, and the added bonus of having the original drummer. "It's no secret that I've been really reluctant to ever do anything with EMPEROR again. I'm so much more focused on my solo work that I was almost fighting my past in EMPEROR. I didn't want to be just a spinoff product of that. I wanted to build something totally on my own terms, and I waited three albums in before I did any live shows because I didn't want to go 50/50, an EMPEROR/solo show. I wanted to have three albums and pick the songs that were best and play that. "This ['Das Seelenbrechen'] is my fifth album, I've done more albums now as a solo artist, not including everything else I've done, than I did with EMPEROR. Where I'm at now with my solo career, I think it's easy to just comfortably accept my past metal as part of my musical life as well." He continued: "I would not do something like the stuff we did in 2006/2007 again. I didn't want to play those kind of gestalt shows. I wanted this to be a celebration of that album. Because for us, personally, obviously, this was the stepping stone for me to be able to have a 20-year career. Coming from Norway and being a musician is sort of far fetched in the first place. I should say, starting a black metal band in '91. It's more paying respect to the fact that this is our starting point. "Even before we announced [the EMPEROR reunion], there's always a constant flow of offers for EMPEROR to do this, or EMPEROR to do that. I have to say, all this nostalgia and all these bands coming back is a result of the power of metal. You don't get the big '80s rock bands anymore because there is not enough time. With the Internet and everything is so widespread, you don't get the big superstars anymore. It's very hard for young bands to build a name for themselves. People tend to just go back to what they know. I think it's a result of that. Obviously, we wanted to reunite for other reasons. Not everybody can as easily get working visas to go to the U.S. "I've been thinking that the reason why I've been able to have a 20-year long career, and the reason EMPEROR became the institution that it became. In my book, EMPEROR as a phenomenon is much bigger now than it ever was when we were in the band. I think the reason for that is we never compromised. I've had the privilege of doing my music without compromise for all these years and I'm not going to change that now. If I was exploiting markets or potentials in a cynical way like that, if I tried to make another EMPEROR album… that would just make everything we ever did into a lie. I don't see the purpose. "Obviously as a solo artist, I am not as big as EMPEROR. These are different times. But I get by, and I'm pulling quite big crowds when I play. So to me, it doesn't make that much of a difference. As long as I can be a free artist, I prefer that any day."
04 min read 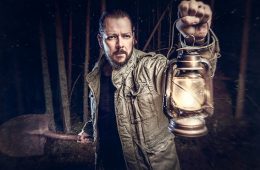 Manos SpanosDecember 19, 2013
We Love Metal recently conducted an interview with EMPEROR frontman Ihsahn (real name: Vegard Sverre Tveitan). A couple of excerpts from the chat follow below. We Love Metal: This album ["Das Seelenbrechen"] was much more progressive than the last album. What were some of your inspirations for that? Ihsahn: Well, I've been wanting to do an album in that fashion for a long time, I guess. All along, I've been wanting to make something like this, and I've had great admiration for those who do. For me, in my background in black metal for 20 years, It's a hard process. With me producing and recording, it's just that much harder for that accidental magic to happen. [laughs] For me, in my past four albums, I've had the same sort of roots, for this album I wanted to do something totally different. I do my best work slightly out of my comfort zone. I just want to keep the process fresh, exciting and new. We Love Metal: Your previous releases had guests such as Mikael Åkerfeldt of OPETH, and Devin Townsend, but this one doesn't have anyone. Was that a choice you made consciously or did it just end up that way? Ihsahn: It kind of just ended up like that. Probably because of what I just said; this is so new to me, I just sacrificed all control of things, hoping something new would happen in the process. When writing, I didn't find a spot for guest vocals, or solos or anything like that. Tobias Andersen (LEPROUS), the guest drummer, was great for this album, and I feel he did a great job, but I couldn't find a spot for any other guests on there. We Love Metal: Do you miss playing black metal? Ihsahn: Eh, no not really. That sound is kind of, to me, irrelevant, at the core of it. That is, actually, if I were to boil down, the album that I just made, the view was to make an old-school black metal atmosphere. Not with typical instruments, but with the sound and feel. That's what the new album is for. I've said it before, but black metal is not the sound; it's an attitude, it's a state of mind. We Love Metal: How do you feel [EMPEROR's 1994 album] "In The Nightside Eclipse" has aged? It's easily one of my favorite black metal releases, and hugely important for progressive black metal. Ihsahn: For me, of course, it's the starting point of having a 20-year career. I guess I don't have the privilege of experiencing the album the same way that listeners do; I have the memories of making the album. Obviously, this is a very different album for me. I think it's a starting point. I was new to recording, and it was the first time we entered a big studio. We were just teenagers. We had this conviction. I wouldn't say we had the authority, but the conviction to make the best album we could. I can kind of think back and appreciate the state of mind. My whole career, I've tried to keep that same relationship with my music. So in that respect, I think the general attitude is no different then how I made back then. We Love Metal: How do you feel about the ["Das Seelenbrechen"] album? Ihsahn: To be honest? I think it's been some of the most roller-coaster like process in many many years. Part of this is the music is so far from everything else I've done. I just don't have anything to compare it to, but making an album is very stitched up kind of process, ya know? You don't record one track fully, you go back and forth back and forth through songs. But when it was finished, I was very pleased; it was exactly what I set out to do. I mean, I've been wanting to use horns for awhile. In the beginning of EMPEROR, it's all strings and choirs, but by the time we finished "Eclipse", I was like, "Fuck that." I wanted to hear more brass. I love the heaviness of the horns, and the sound and power of well-played brass. The whole time I was recording and listening to it, I was thinking that it was probably a commercial suicide. But there wouldn't be any point in sidestepping if it just sounds the same of what I already did/do. But no, I was very pleased, and I'm almost surprised by feedback. I underestimated my listeners. Many people seem to get the album, in a far deeper sense then what I expected at first. When you do an album this way, you have no control over how people will perceive it. Back to the fact that it's an ego trip making an album as a solo artist, doing my best in the most honest way I can. It's kind of the only way to respect the listeners. If you have a background in black metal and you try to form your ideas to what people actually like, you're in the wrong business. [laughs] Read the entire interview at We Love Metal.
05 min read 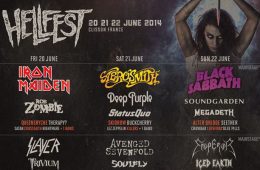 Panagiotis KaragiannidisDecember 4, 2013
Dear metalheads, are you ready for another damn hot HELLFEST ? The line-up for the 2014 festival on June 20-21-22 at Clisson France has been announced earlier today through HELLFEST's official facebook page.
00 min read 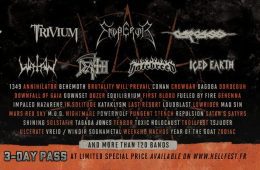 Panagiotis KaragiannidisSeptember 2, 2013
Norwegian black metallers EMPEROR will celebrate the 20th anniversary of their "In The Nightside Eclipse" album by making a number of festival appearances next year.
03 min read 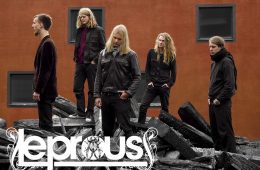 LEPROUS’ New Album To Be Co-Produced By Former EMPEROR Frontman