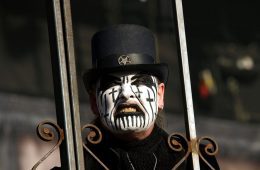 KING DIAMOND On Next Studio Album: ‘It’s Coming Out When It’s Done’

Manos SpanosNovember 19, 2015
KING DIAMOND frontman and namesake has confirmed to The Guardian that the ...
02 min read

Manos SpanosAugust 1, 2015
KING DIAMOND will make a special announcement on August 3 — one day after the completion of the band's ...
02 min read 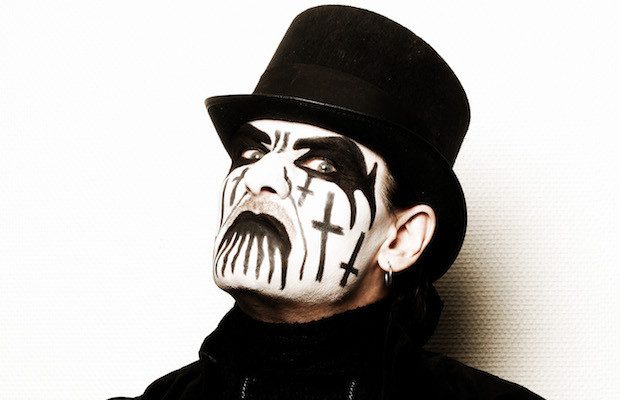 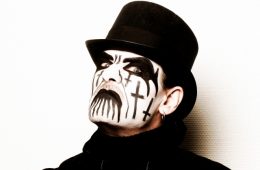 KING DIAMOND Says LOUD PARK Performance Was Canceled By Promoter, Not By Band

Manos SpanosOctober 19, 2013
Danish heavy metal singer King Diamond (KING DIAMOND, MERCYFUL FATE) has released the following statement regarding the cancelation of KING DIAMOND's October 20 performance at the Loud Park festival in Japan: "Let me try and explain this without saying **** all the time. "The Japanese promoters at Loud Park had, when I woke up this morning, posted a false and deceitful cancellation announcement, which they are going to have to correct to what really happened. "First of all: We did not cancel the show. The promoters did. "Let them show an email saying we cancelled the show. They can't. We can provide the email in which they cancelled. "They cancelled so late that some of our people were already in flight to Japan. I myself found out from a forwarded email at 4:26 a.m. Dallas time, waiting for a pre-ordered cab to arrive at 6:00 a.m. to take me to DFW International Airport. The email had come from Onta (working for the promoter, in what capacity, I don't know, but at least in a capacity to be able to cancel our performance), saying, 'Sorry for the result. Please stop taking flights for all…' "So much had happened up to this point, and I will try to condense everything into a short sequence of events. "Entire theatrical production, including all instruments and special effects, had been put into the professional care of a Danish shipping company, who is also used by Rocket Cargo, among others, in order to make sure everything would be in Tokyo with time to spare. This was trucked from Copenhagen to Hamburg harbor, and loaded onto a Chinese ship. "During the sail from Hamburg to Ningbo, China, where our entire cargo would be in transit and go via Japanese ship to Tokyo, our Danish shipper found out through their agents in China that the ship's arrival had suddenly been announced with a six-day delay. No reasons given. "The Chinese ship company seems to still be working on an answer to our Danish shipper. "With such an unexpected delay (our Danish shipper had never experienced this before), new ways to try and make up for the delay had to be thought out. "A shipping company in China known to our Danish shipper was contacted, since they were known to have connections to the Chinese government, with the hope that they might be able speed up a procedure that has never been done before. People at Creativeman also brought in connections in China to cooperate with everyone. The new, never-before-done plan was to now import the entire cargo into China, truck it in China from Ningbo to Shanghai, from where it would be exported and air lifted with a Chinese airline 747 cargo plane (the only one which had large enough entrance) to Narita Airport in Tokyo. "To my knowledge, the Danish embassy and the Japanese embassy in China became involved in trying to solve this dilemma. "At this point, money also became an issue. This procedure would add at least 21,500 euros to expenses, which was agreed to be split between promoter and band. An amendment to the contract was negotiated, in which promoter in the end agreed to give band half the concert fee, even if the gear didn't make it. This was agreed to, so that both band and promoter participated in the risk of incurring a bigger loss if we went along with this new plan, and still couldn't make it. "The following paragraph explains the scenario from which the promoters probably took parts and wrongfully used in their cancellation statement, in order to push the blame onto us, while at the same time practically ridiculing us. "The promoter at some point tried to almost force the band into agreeing to play two free backline shows next year, only paying expenses for flights, rented backline and crew salary, in case the cargo didn't make it in time to Loud Park, in order to make up for promoter's part of the possible loss. However, this idea was quickly scrapped, since we couldn't guarantee that it would fit in our future schedule, plus that we would have huge losses doing that, and last but not least we do not play without our theatrical production anymore.
05 min read

Manos SpanosJuly 30, 2013
Profanity TV has uploaded video footage of KING DIAMOND's July 26 performance at the Metaldays festival in Tolmin, Slovenia. Check it out below. KING DIAMOND in December signed a new three-album worldwide deal with Metal Blade Records. After a six-year touring hiatus, KING DIAMOND triumphantly returned to the stage in 2012 for European festivals Hellfest and Sweden Rock. King, 56, whose real name is Kim Bendix Petersen, underwent open-heart triple-bypass surgery in November 2010. He has since completed his cardiac rehabilitation program and has stopped smoking entirely, changed his diet and is getting regular exercise. In a February 2013 interview with Metal Sucks, King Diamond stated: "I had to change my diet and become a nutritional expert, eat much better food. I stopped smoking; haven't had a drag. [My wife] Livia quit, too. We walk at least five days a week. "I felt the benefits during two shows we did [last year]. My voice is now clearer than when I started singing. It was like always driving a used car and suddenly you have enough money to buy a new car. It felt brand new! That's how my voice feels.
02 min read

Manos SpanosJune 15, 2013
Legendary Danish heavy metal singer King Diamond (real name: Kim Bendix Petersen; KING DIAMOND, MERCYFUL FATE) has posted the following message on his Facebook page: "A few days ago, I did [a Danish-language] interview with one of the biggest Danish newspapers, and when I got the chance to read it yesterday, I couldn't believe my eyes. It was the most inaccurate interview I have ever seen. So absolutely wrong, that it's almost funny sometimes. There are passages which have been completely made up, lots of things I would never ever have said, plus the journalist even went so far as to invent titles for songs I have never written. "For those of you who have already read it, you know what I'm talking about. "For those of you who have not yet had the chance to read it, be aware, you're in for one hell of a ride if you come across it. This guy has made me sound like a complete paranoid lunatic. "One thing that might have contributed to this 'interview' turning out to be so horrible is that the journalist did not record the interview, but merely now and then wrote down words onto his notepad.
01 min read